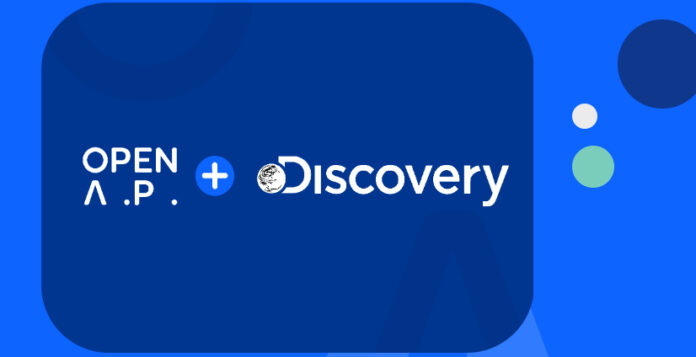 Discovery, Inc. will become a minority owner of OpenAP, the advanced advertising firm that brings simplicity and scalability to audience-based campaigns in television, according to an announcement made by OpenAP and Discovery, Inc.

In the joint venture, Discovery joins FOX, NBCUniversal, and ViacomCBS.

The investment marks an expansion of Discovery’s current engagement with OpenAP, which began in April 2021 with the integration of OpenID, the fundamental TV identity spine, and more recently with the launch of XPm, the TV publisher-backed cross-platform measurement framework.

Discovery’s commitment to OpenAP is part of a larger goal to develop a technical framework that allows for cross-platform audience-based buying and collaborative support for alternative currency standards. It will assist OpenAP to improve the breadth and scale of its offerings across cross-platform identity, measurement, and planning, as well as grow the overall market for audience-based advertising.

Discovery Inc.’s Jim Keller, Executive Vice President, Digital Ad Sales, and Advanced Advertising, indicated that the company was excited to help shape the future of advanced audience buying. Because of their existing momentum, influence, and development in audience-based sales, they believe that Discovery could help OpenAP continue its mission to bring about substantial change in the market.

Discovery’s investment comes after a year of tremendous platform growth for OpenAP, with half a billion in publisher-driven ad sales set to pass through the platform in Fiscal Year 2022, representing a 140 percent year-over-year increase.

Following the launch of the OpenAP Market in 2019, which provides consolidated advanced audiences that can be supplied to all national TV publishers regardless of platform, OpenAP now works with over 100 advertisers.

Discovery has long been a pioneer in TV entertainment, according to David Levy, CEO of OpenAP, with its iconic portfolio of content and direct-to-consumer experiences that customers adore.

He also remarked that the last two years have proved the power of change that can occur when media owners, advertisers, and consumers alike take an audience-first approach to re-imagining TV advertising.

Author - May 21, 2022
0
While the world pandemic brought economies to a halt and massively disrupted businesses, it also fuelled start-up dreams and that we even...

CarzSo forms an Advisory board; Bhawna Agarwal being the latest Board...