Currently, on purchases from multinationals that are located outside India, most of the companies need to pay a 10% royalty along with the tax. On April 1st India has brought in a new regulation that could be levied 2% tax on every purchase by an Indian or India – based entity through an overseas e-commerce platform. Due to the lack of clarity about the levy, different companies were interpreting it differently. Most of the companies are willing to pay 12% royalty along with the tax plus the equalization levy, and most of the others are, opting for either 10% or 2% levy.

There could occur a chance for a tax arbitrage from April 2021. Deloitte partner Rajesh H Gandhi said that there could also be a chance for April 2021, because some companies may choose to pay the 2% levy rather than 10% tax, and also several multinational companies took this as a chance for tax arbitrage. The classification of a transaction that disputed by the tax authorities within 10% or 2% tax may occur challenges around tax credit. It would mean that it will not allow to set off against taxes by the multinational companies which are paying tax in India, which they normally paid in their home country.  The US has already launched an investigation on taxing in digital companies such as Google and Twitter and Facebook in India by some of the other companies. The main aim of this investigation is the new equalization levy of 2% and from April 21st the government has expanded the scope of equalization levy. To tax the digital advertising revenue of internet giants such as Google, Facebook, and Amazon from India, a levy was introduced in 2016. Currently, the 2% equalization levy could be imposed on the overseas platform.

The tax experts said that many firms fear that all kinds of transactions that include the software purchase, hotel booking, and even from buying certain components from overseas would come under the equalization due to the way the law is worded. 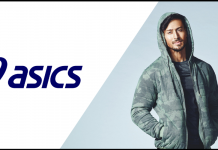 Srishti Kathuria - July 19, 2021
0
Talentedge, the popular ed-tech firm whose vision is to change the traditional, monotonous way of Indian teaching by empowering young learners to...

Planning for a start-up? Here’s how to get seed funding