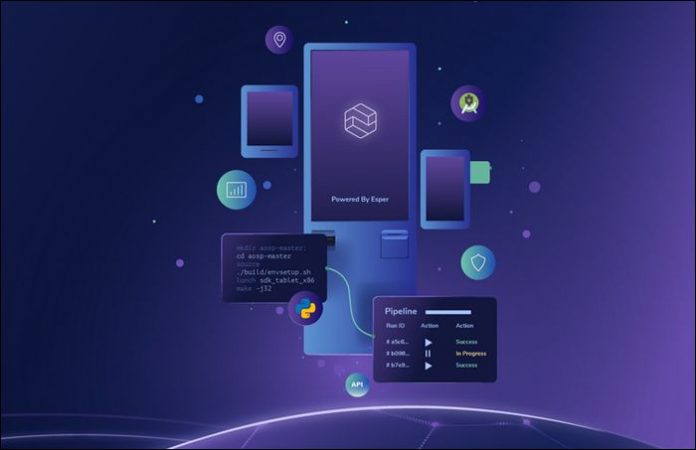 Esper is one of the leading platforms in the Android DevOps platform which works on intelligent edge devices recently announced a Series B funding where $30 has been given which is led by Scale Venture Partners. Their existing partners would also be participating in it such as Madrona Venture Group, Haystack, Ubiquity, and Root Ventures.

As per the plan, this investment would bring Esper’s a total funding of $40.6 million. The fundraising conducted in February collected a fund of $7.6 million for their Series A last year. As there is an increase in the Internet of Things (IoT) it is expected to have a leap in the number of projects from 14 billion units in 2021 to increase up to 31 billion units within four years. By then the companies would learn to business applications.

Esper platform helps various companies to securely streamline their developments and management which is to be distributed into different android edge devices. Through this, they aim to give a positive experience for their users on a rapid scale.

Shiv Sundar, the COO and Co-founder of Esper said that “In APAC, android is the most widely used device. Esper’s Android DevOps platform powers that are deployment for retail, logistics and education both inside India and U.S markets”.

Last year the company showcased a tremendous growth rate across a wide variety of industries which include Ordermark, teach for India, Spire Health etc. so as to bring them into the market in a faster mode. With these new funding investments, Esper plans to expand its reach and product portfolio to support more and more workloads. They also plan to expand their markets in India and U.S by recruiting new engineers in marketing, sales, android and cloud.

Mr Yadhu Gopalan the CEO and Co-founder of Esper commented that “This pandemic era has made the industry more equipped in all sense, as they have transformed in health, food delivery, fitness with the help of more advanced edge devices. With each new case or situation, we are forced to transform ourselves in all the way possible”.

Andy Vitus, the partner at Scale Venture Partners said that “Esper is the DevOps infrastructure for millions of devices which are handled by non-IT users, costumers, shoppers and more. This was initiated Series B as we saw many similarities to other companies. Esper themselves have declared that they are the leader in the urgent need for Device DevOps”.