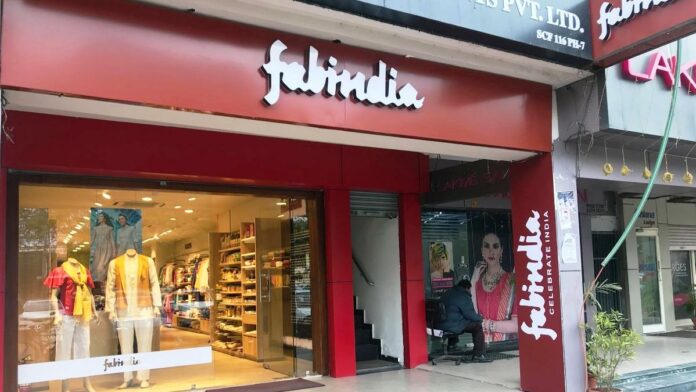 After being heavily criticised on social media, Fabindia has taken down a tweet touting their new Diwali collection.

Terming Diwali, a Hindu festival as Jashn-e-Riwaz which means celebration of tradition was heavily trolled on social media. John Bissell established FabIndia in 1960, and also the company’s early retail location was in Greater Kailash, New Delhi.

Many people criticized the brand for promoting secularism and Muslim ideals during a Hindu festival. Several social media users have expressed their displeasure at yet another misuse of a Hindu event and sentiments.

Senior BJP leaders attacked the firm, accusing it of ‘defacing’ Diwali by associating the event with an Urdu phrase that means “celebrations of rituals/festive celebrations,” according to the company.

Several social media users criticized the message as “culturally unacceptable.” Cultural appropriation has made netizens uneasy, especially as another Hindu festival approaches. Many people are opposed to Diwali being roughly translated as ‘Jashn-e-Riwaaz.’

Although some people suggested that simply writing ‘Diwali’ or ‘Deepavali’ in the description would be enough for promotion, others argued that there was no need to deconstruct traditional Hindu celebrations and insert secularism into this one. Some even said that Hindu celebrations are just as important as Muslim and Christian ones and that mixing them was unfair to the particular religion.

The ethnic retail behemoth is far from the only company to fall to right-wing attacks. When being bullied, Fabindia withdrew the ad and informed that the ‘Jashn-E-Riwaaz’ clothing line was not its Diwali apparel collection; the ‘Jhil Mil se Diwali’ collection has yet to be unveiled.

Similar situations were faced by other brands also earlier. Tanishq, a jewellery brand owned by the Tata Group, was forced to delete an advertisement showing an interfaith couple during a baby shower held by the Hindu bride’s Muslim in-laws. It took down the ad after trolling turned to actual threats towards company employees and stores.

Manyavar, a clothing brand, was also criticized when an advertisement showing Bollywood actress Alia Bhatt in wedding attire appeared to start questioning an age-old practice. In 2019, a Holi ad from Surf Excel drew similar criticism from some groups since it depicted children from two different religions celebrating the festival of colours.