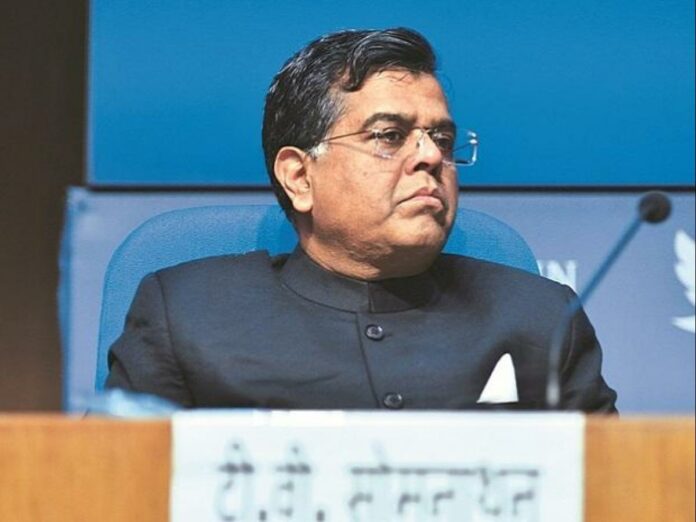 Finance Secretary T V Somanathan said on Tuesday that the government is exploring introducing insurance bonds as an alternative to bank guarantees.

Somanathan made the announcement during a meeting with industry leaders and Finance Minister Nirmala Sitharaman, who is in town on a two-day visit.

“Government is exploring on instituting insurance bonds as alternatives to bank guarantees,” an official statement said.

Bank guarantees are frequently requested when issuing a loan and usually come with a collateral requirement. A surety bond is similar to a surety bond, except that it does not require any collateral.

According to reports from last year, the insurance regulator IRDAI was looking into the possibility of insurers providing surety bonds in the context of road construction.

Sitharaman, who met with industry leaders in the evening, stated that the government is committed to providing policy certainty, and that regulators play an important role in this regard.

According to the statement, she stated that the government is working with regulators on this “important issue.”

While speaking to the industry, the finance minister emphasised the need of “India’s own equity capital” and promised government support for start-ups and sunrise industries.

Tarun Bajaj, the Revenue Secretary, said his agency was working on tax-related issues for start-ups and was seeking comments from the business.

According to the statement, Sitharaman also guaranteed the business that concerns connected to competitiveness, such as high electricity rates, and difficulties related to burdensome regulatory compliances, will be addressed.

According to Sitharaman, the economy is steadily shifting away from bank-led lending toward a more market-based financing model, and the operationalization of the Development Finance Institution (DFI) will assure long-term lending for projects.

According to the announcement, the DFI will promote competition for banks while also improving their efficiency.

In the discussion, which came in the wake of a scandal sparked by her cabinet colleague Piyush Goyal’s reported remarks about his dissatisfaction with the business for failing to consider the nation’s interests, she expressed her displeasure with the industry. FM stated that, “This government believes in listening, working and responding and would extend all possible support.”

T V Narendran of Tata Steel believes that for growth to take root, there must be consistent demand, and the immediate source of demand must be government spending.

According to the statement, Narendran also suggested frontloading committed capital expenditures, particularly on infrastructure, noting that the first quarter’s strong revenues allow for this.

Somanathan said there is a need for a behavioural change and that the government trusts wealth creators when it comes to arbitration awards being appealed.

The shortage of vaccines is due to supply constraints, which are expected to be resolved soon, he added.

In her first visit to the financial capital after the second wave of COVID-19, Sitharaman met with officials from the income tax, Goods and Services Tax (GST), and customs ministries in two separate meetings.

On Wednesday, she will speak to the heads of state-owned banks at a meeting.