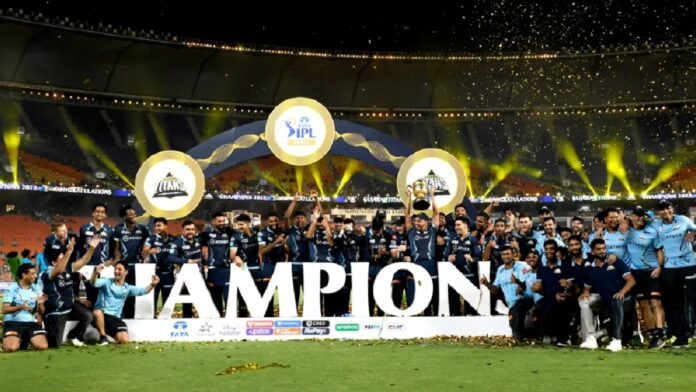 According to reports, the Board of Control for Cricket in India (BCCI) received an astounding 46,700 crore rupees on day two of the auction for the television, digital media, and non-exclusive digital media rights for the Indian Premier League (IPL) 2023-2027. The current cost of each match is approximately $14 million, equivalent to Rs 113.9 crore. The Indian Premier League (IPL) has recently risen to the world’s second most valuable sports league, falling behind only the National Football League (NFL). Their games cost a total of $17.36 million each.

The BCCI has not yet released an official statement regarding the winning bids and the new official IPL broadcasters. Industry analysts estimate that the total value of all requests could be close to 50,000 billion rupees. On June 14 at 11 AM, the auction will pick up where it left off.

The price of Rs 23,575 crore was determined to be the winning offer for linear TV rights (Rs 57.5 crore per match). There has been a lot of conjecture regarding the person who will end up securing the linear TV rights. Disney Star and Sony were in a dead heat in this particular competition. The winning bid represents an increase of thirty percent over the opening price.

Beyond 2022, the broadcaster may charge a significant premium to recoup costs. The cost of a 10-second commercial is expected to be approximately 13–14 lakh Indian rupees in 2022. “At US$3 billion, the broadcaster will need to capitalize on annual TV ad growth of 8-10 percent,” says Mihir Shah, vice president of MediaPartnersAsia. “However, growth in affiliate fees may be challenged due to rate regulation and the growing adoption of Connected-TV,” says Mihir Shah.

The digital media rights are estimated to be sold to Viacom 18 for Rs 20,500 crore, or Rs 50 crore per match. This represents a premium of 67 percent over the base price. The total value of the rights to digital media is approximately 86 percent of the value of the rights to linear TV. In addition, category C rights reportedly sold 18.5 crores of rupees per match, totaling 1,700 rupees for 90 games. In 2017, Star India paid Rs 54.5 crore to acquire the television rights to broadcast a game.

The platform awarded the digital contract will face the most significant difficulty in monetizing digital media rights due to the limited scope of this opportunity. According to the 2022 FICCI-EY Media and Entertainment Report, the number of SVoD subscribers in India reached approximately 80 million in 2021, and the country’s total revenue from video streaming subscriptions was Rs 5,400 crore.

Viacom18, Disney Star, Sony Pictures Networks India, and Zee Entertainment Enterprises Limited (ZEEL) are the most competitive bidders. After missing out on the opportunity to participate in the June 10 technical bid valuation, Amazon withdrew from the competition.