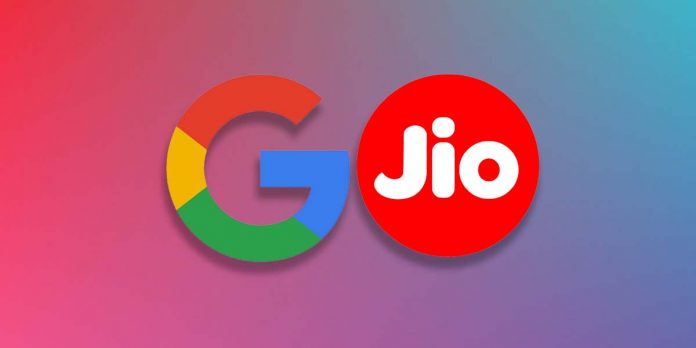 On 13 July 2020, CEO Sundar Pichai announced India Digitization Fund and thatGoogle will invest ₹75,000 crores in India over the next five-seven years, indicating that Google plans to scale up its India operations and become a key player in the country’s digital ecosystem.

This fund will focus on areas that are important to Digital India.

The formal agreement came on the back of Google’s Rs 33,737 crore investment plan in Jio’s parent, Jio Platforms, for a 7.73% stake.

The Indian market is one of the fastest-growing smartphone markets. Google and JioPlatforms have entered into a pact to jointly develop an affordable entry-level smartphone with Android operating system and the Play Store.

Google will provide its Android operating system and the Play Store for smartphones that Jio will launch in the market. Google is also aiming to take the affordable smartphones and services developed out of its partnership with Jio to the rest of the world.

“We are excited to rethink, from the ground up, how millions of users in India can become owners of smartphones”-Said Google.

Adding that there is a need to accelerate the migration of 350 million Indians, who currently use a 2G feature phone, to an affordable smartphone –said Mukesh Ambani, the sixth-largest richest man in the world.

Jio-Google tie-up in the smartphone market can threaten Chinese smartphone sales in India.

Jio has designed a complete 5G solution. It will be ready for trials as soon as the 5G spectrum is available and can be ready next year. Jio may well end up launching the cheapest operator 5G device worldwide. GST hike was announced during the quarter which we expect will have an impact on Original equipment manufacturer’s margins and new launches.  Most of the original equipment manufacturer has already increased smartphone prices due to the hike.

Gaadha S - May 11, 2021
0
Amazon Inc. plans to open its first robotics fulfilment centre in the state of Louisiana. The new tasks office in Shreveport will...