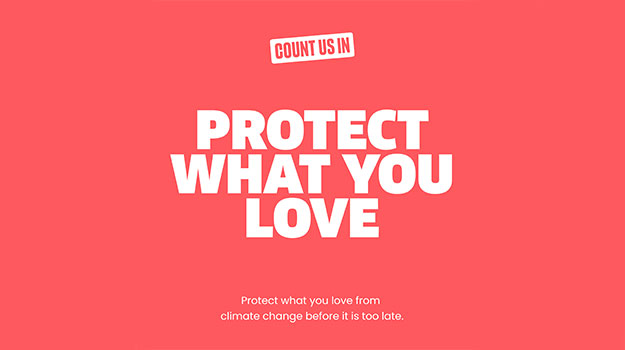 Mumbai, India – An inspiring global movement, ‘Count Us In’, aimed at mobilizing citizens to act on climate change was launched by actors Priyanka Chopra and Chris Hemsworth at the TED Countdown. Lintas Live, the digital-first creative PR agency of MullenLowe Lintas Group, supported the launch of this global initiative in India and uniquely set in motion a digitally driven and influencer-led outreach across the country.

Amidst the COVID-19 pandemic, individuals globally continue to rate climate change as one of their chief concerns. The thought behind the movement is that individual action can make a significant impact. Seeding from this thought, fused with the agency’s belief that opinions on essential matters today are formed through influencers and experts, Lintas Live devised an impactful influencer-led strategy to generate widespread visibility for the Count Us In campaign in India.

Lintas Live identified a diverse group of influential individuals, experts and organisations, who have been vocal about sustainability and have already taken steps in their individual capacity. This included actors, celebrity stylists, entrepreneurs, eco-conscious fashion designers, musicians, climate warriors, nutritionists and editors, all of who have supported the cause on their social and digital pages, increasing awareness about how each person has the power to protect what they love from the effects of climate change. Lintas Live also facilitated introductions with key celebrities, influencers and entrepreneurs with a sole focus to drive conversation towards impactful long-term associations. Supporting the campaign’s efforts in creating awareness and fostering a sense of responsibility, the agency has been able to achieve a potential reach of 6.1 million across digital and social media channels.

Speaking about the collaboration, Ameer Ismail, President, Lintas Live, said “This pandemic has led people to reset their priorities and everyone is far more conscious of issues like the environment. It is an honour to associate with causes that have a deep social impact and Lintas Live is proud to have supported the launch of an inspiring global movement such as Count Us In that urges individuals to take simple but effective steps towards climate change. In today’s hyperconnected world, we understand the importance of driving conversations that are live via credible experts across industries.”

“We have less than a decade to do what science shows is necessary – halving emissions by 2030,” said Christiana Figueres, former UN Climate Chief, who oversaw the delivery of the landmark Paris Agreement on Climate Change. “It is entirely possible to change our economy from burn and destroy to rebuild and regenerate. Climate change affects us all right now, and we all have agency in tackling it before it’s too late.”

“Climate change is already ravaging our lives, our communities and our livelihoods,” says Dia Mirza who is championing the Count Us In campaign and is a UN Environment’s Goodwill Ambassador for India. “It is up to us to respond to what we see around us. We are not powerless. We can protect what we love from the worst impacts of climate change if we act boldly and urgently. I am committing to wear clothes that last and call on citizens across India to take steps in their own lives too.”

Lintas Live continues to support the cause and create awareness among citizens across India, a country at the heart of the movement’s efforts to build the most ambitious citizen-led campaign to avert the impacts of climate change.

The campaign video is live and can be viewed across Count Us In’s digital platforms:

Passionate in Marketing - January 24, 2022
0
~A program providing aspiring entrepreneurs with an opportunity to learn from the Silicon Valley startup ecosystem~ ~Those shortlisted will...