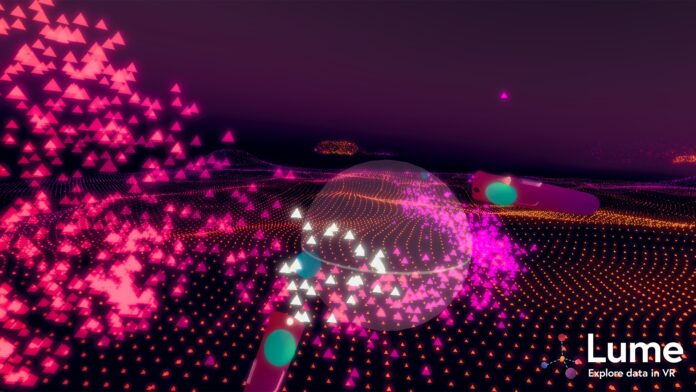 Technology-driven applications never fail to fascinate us and keep evolving at a faster rate. We could witness a lot of Universities and companies are pivoting their focus on research and tries to innovate mind-blowing user-friendly applications. Lume VR Ltd along with the Scientists of the University of Cambridge has invented a new Virtual Reality software called “Volume”.

The Virtual Reality system is basically designed to help researchers to analyze the individual cells in a virtual environment. The innovation came as a helping hand for researchers to a greater extend. It provides a depth of knowledge about biological problems and also assists in identifying the novel treatments for diseases. Volume came out as a collaborative effect between the 3D image analysis software firm Lume and the Scientists at Cambridge University. They have made this VR software to visualize microscopy data in the virtual platform. Super-resolution microscopy has been a great helping hand for researchers to study sub-cellular structure. But it could not be projected in three dimensions for meticulous analysis. However, this limitation will be overcome by new VR software vLUME.

According to Dr. Steven from Cambridge University, until today it has been an arduous task for researchers to have interaction with data on a 2D platform. But this innovation lets them to Visualize, analyze data in the Virtual Reality platform. On the other hand, Mr. Alexandre Kitching, CEO of Lume has said that this VR software will take scientists to a new experience level. Rather than just visualizing and analyzing biological data in the 3D platform they can also have interaction and question them as well.

The most interesting thing about this virtual reality platform is that they can experience all these features in real-time exclusively within the virtual environment. This VR platform helps scientists to find answers related to the biological question at a faster rate. vLUME further helps in reducing the time-consuming process while analyzing data. Because the data generated from the “Super-Resolution Microscopy” is ardent and difficult to interpret as well. The new VR software will take care of this issue and will also improvise the pace in testing and analysis.