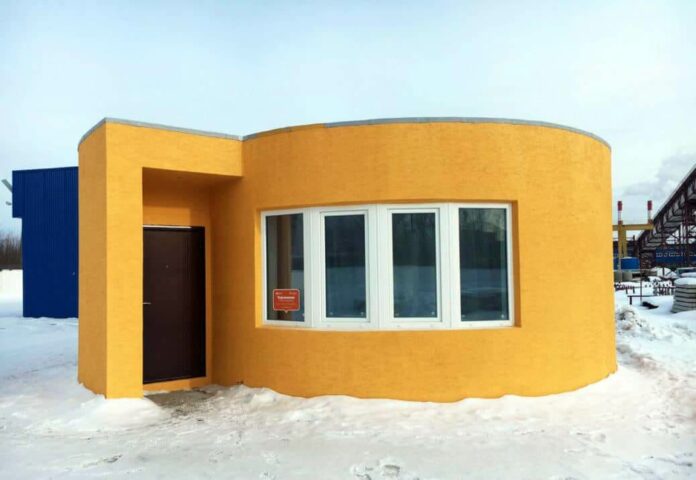 Abraham Maslow was an American Psychologist who determined the needs human would want to achieve in their lifetime. The basic needs state food, water, and shelter. There are places and people who still can’t afford a roof over their heads. Since architectural and construction would cost too much, they would drop the idea to build a house of their own and live in a rented apartment for the rest of their lives. But this is the technological era. Nothing is impossible with a touch of science in it.

The 3D Print Canal House was the first full-scale construction project of its kind to get off the ground. In just a short space of time, the Kamermaker has been further developed to increase its production speed by 300%. We have heard 3D objects build by artists or engineers to develop a prototype before creating the actual design. But now, technology has taken a step further with this 3D technology and is printing houses with robotic machines that have a set of algorithm build inside for each shape or curve it makes. Along with this technological wonder, fewer human laborers would be required to assemble parts like doors and windows.

Earlier this year, Jason Ballard, cofounder, and CEO of Icon, the company that created the massive 3D printer that built the new homes, promised to build 50 new homes for 50 families residing in the outskirts of Austin, Texas by May this year. This new initiative helps in building cheaper and faster homes for people who do not have sufficient income to buy or build their own homes.

Kamp C & Jasmiens Smets exclusively made a two-story building over 30 feet tall with the help of a 3D printer that was able to form the shape of a residential home but the sole purpose would be to conduct business conferences and expos. However, the building’s developers believe that there could be an increase in the demand for 3D printed houses. It’s flexible and low in cost, people from all groups would be able to afford in living a 3D house.

If you are getting a hinge to have your own house someday, give the job to a 3D builder.

Digital ownership on the Metaverse to bring changes

Overall household expense shows the highest dip in the last 3...