Somany Home Innovation, the maker of Hindware Appliances, introduces its design innovation with the new TVC for Adonia Hob with MaxX safe Technology. The campaign aims to focus on the MaxX safe technology which prevents the gas leakage just in case the flame gets off while the knob is in the ON position. the main focus of the campaign is to create the viewers aware of the innovative safety measure adopted by Somany Home Innovation to assure customer safety.

Created and Conceptualised by DDB Mudra, the TVC brings back Neha – a modern woman – and her gossipy neighbor Evilika who was a part of last year’s Titania TVC as well. Neha is shown boiling the milk over the hob just as Evilika enters and starts gossiping. Yet Evalika gets distracted by Neha’s new Hindware Hob and is shown getting curious and jealous about the new appliance. She fidgets with the knobs but is surprised to notice no leakage of gas. On closer examination of the hob, as Neha steps asides, Evilika marvels at the new Flame Failure Device, and thus the advertisement creates awareness among the potential buyers about the introduction of Somany’s design innovation with the new TVC for Adonia Hob with MaxX safe Technology.

The TVC emphasizes on the double convenience that the Adonia Hob provides that’s handiness in cooking and safety from fire-related mishaps and to not forget the appealing aesthetics of the hob. It’ll be present across various platforms like electronic, print, and digital. For a wider reach, TVC is going to be aired on key regional channels as well.

Rakesh Kaul, chief executive officer, and whole-time director, Somany Home Innovation, told that they received an amazing response to the TVC for the Titania series and thus they decided to highlight the creativity of the innovation with the Flame Failure Device in the hob series. According to the recent reports, the Hindware HOB could be a state-of-the-art kitchen appliance for users with a necessary safety feature. The advertisement is creating a sensible kitchen scenario in the story which revolves around the product and its main feature – Maxx safe technology 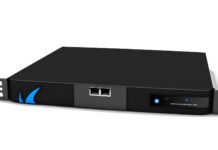 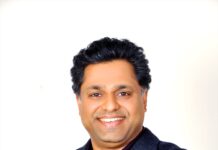 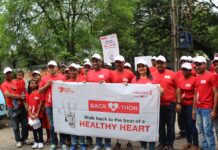 Passionate in Marketing - September 27, 2022
0
September 2022: SVISH, one of India's fastest-growing D2C start-ups for personal hygiene launches its first ad campaign #SamajGayeNa #SvishKaroAageBadho that highlights the most...