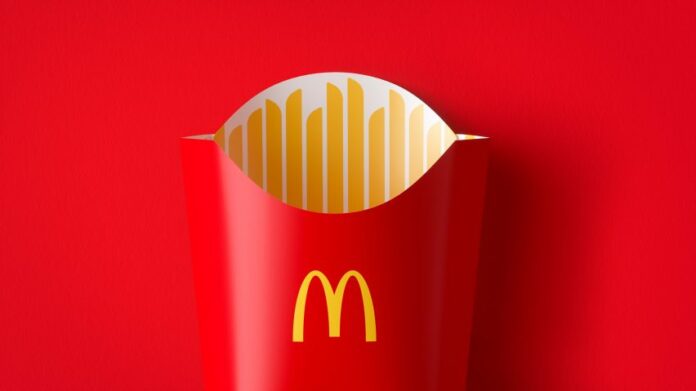 McDonald’s recently replaced its iconic golden arches in its logo across all social media platforms with a new logo. This made the audience go crazy and think why would the brand do that. In a post, it shared its new brand logo image with a caption, “TikTok made me do it.”

People became curious so does we. We couldn’t resist finding what made the global fast-food giant do this. McDonald’s did this because it decided to join a TikTok influencer named Emily Zugay who is a graduate in design, has gone viral recently for sharing her thoughts on global brands’ logo designs and how these companies can make them look more interesting.

What’s new in the logo? The new logo comes with the enlarged letter “O” which looks like it has eaten the letter “N”. Designed by the TikToker, the new logo has abolished the unique golden arches but it still has the brand’s color theme red and golden.

People on the internet are guessing the logo change is because the brand is planning to introduce onion rings to its menu.

The origin story of the iconic ‘The Golden Arches’ logo that, was inspired by the first franchised unit of McDonald’s and was the idea of Richard McDonald’s, one of the McDonald brothers. He thought that the logo would grab the attention of the bypassers.

While the story from this side of TikToker Zugay has a different saying. In a recent video, she tells that it was McDonald’s who approached her asking for a new design for their existing logo. According to the influencer, she finds McDonald’s current logo boring and she thinks it looks like “two knees.”

She didn’t want to look at two knees while eating her McChicken so, she focused on the letter ‘O’ as opposed to ‘M’ in the original logo. She hopes that maybe McDonald’s would add some onion rings to the menu.

Looks like Zugay’s explanation and logo modification appealed to the brand a little too much and so they decided to feature the logo across all social media channels of Mc Donalds’s giving credit to the influencer.