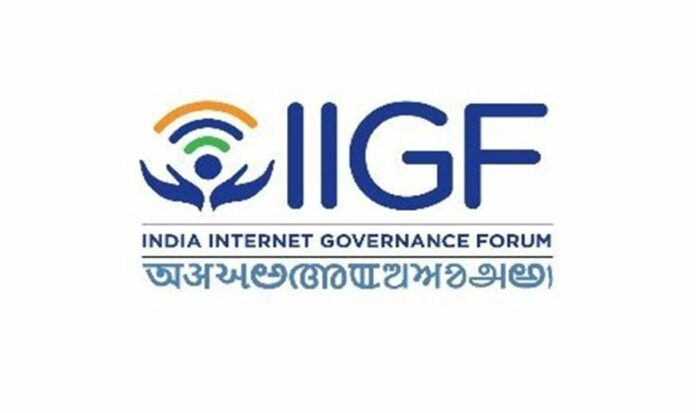 The Government of India had launched the Digital India movement on July 1, 2015, under the leadership of Prime Minister Mr. Narendra Modi.

The IIGF is a national forum formed by the Department of Electronics and Information Technology, Government of India. The prime aim is to transform India into a digitally empowered society. The IIGF hosted a discussion on “Trust, Security, Stability and Digital Payments trends post-COVID.”

Starting from August 2021, several Pre-IIGF sessions are being organized at different universities.

Ajay Data, the founder of Made in India Video Conferencing application and Chairman, welcomed the guests, students, and speakers and introduced the concept to the attendees.

Professor at JECRC University Mr. Deepak Dembla says, “The motive of the government is to achieve “faceless, paperless, cashless” modes of monetary transactions. The Aadhar empowered payments crossed 205 million transactions in February 2020, according to the NPCI data and the number has seen escalating growth since.” Furthermore, he attended to the benefits of the digital method and concluded that they are saving the nation’s economic resources. He also went on to discuss the DO’s and DONT’s of the digital transactions to ensure safe and smooth operations.

Shubham Saran, a member at NIXI, and the member coordination committee hosted a short question and answer round, summarised the session, and wound up the session.

Speaking about the IIGF, an official statement was released that said IIGF-2021 will be a session of three days, commencing from October 2021. The theme for the hosting would be ‘Inclusive Internet for Digital India.

At the time of announcement of the IIGF, Anil Kumar Jain, Officer-in-Chief at National Internet Exchange of India and the newly appointed Chairman of IIGF-2021 accompanied the launch with his words “The statement marks the start of the Indian chapter of the United Nations-based Internet Governance Forum. It’s an Internet Governance policy discussion platform that brings together representatives from various parties to discuss public policy problems relating to the Internet on an equal footing.

Amazon Studios teams up with Avid for AWS cloud

Fittr Organises its First Ever ‘Insiders Club’ with an aim to...

Umran Malik ties with Urbn for the launch of its premium...