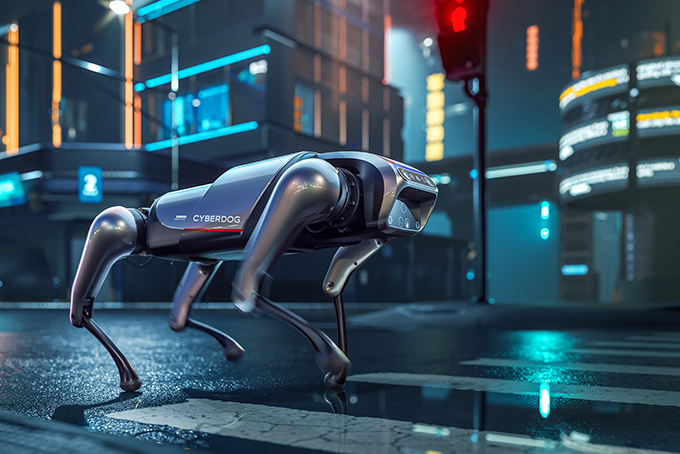 On 11 Aug 2021: Xiaomi has launched CyberDog, a limited–edition robotic pet.

The electronics Chinese multinational company, Xiaomi has drenched its toes in the field of robotics that is dominated by names like Boston Dynamics, with the disclosure of their limited edition of robotic pet, considered as a man’s best friend – CyberDog.

The CyberDog is Xiaomi’s first quadrupedal (Four-legged) robotic companion – it’s open-source, so developers can developers use cases and enact their ideas. Enlisting community support is important for a product that’s currently in its early stages of development.

The Xiaomi CyberDog is actuated by the company’s in-house servo a motor that the company says offers it “great speed, agility” and an extended range of motion. Its blog post communicates that the CyberDog can conduct high-speed. The CyberDog also can perform things like backflips, responding to the touch because of sensors, but it cannot give the fuzzy experience that a traditional dog would.

On a serious note, powering these complex actions is Nvidia’s Jetson Xavier NX AI computing platform, which comprises two deep learning acceleration engines, allowing the CyberDog to adapt and learn according to its skilled movements of up to 3.2m/s, roughly translating to 12km/hour.

The Xavier NX platform produces 21 trillion operations per second (TOPS), permitting the dog to perform a broad range of actions, but most importantly, let it move naturally and swiftly, sensing depths to steer clear of obstacles and gauging an area. The robotic CyberDog is also up skilled to identify human postures and faces, smiling, patting, among other things, allowing them to interact the same way as an actual dog.

Engaging in community support for its products is not new for Xiaomi – the company acquired the community-made MIUI ecosystem a decennium ago to power its smartphones. It has also used community development as one of the key tools to make its devices accepted amongst enthusiasts during the early days of its smartphone journey.

It will be fascinating to ascertain if Xiaomi is in a position to duplicate this with its robotics solutions also. Robotic Xiaomi CyberDog is estimated at CNY 9,999 (approx. ₹1,15,000) and Xiaomi intends to sell 1,000 units initially.

Whether personal robotics solutions like this one will begin or not remains to be seen.