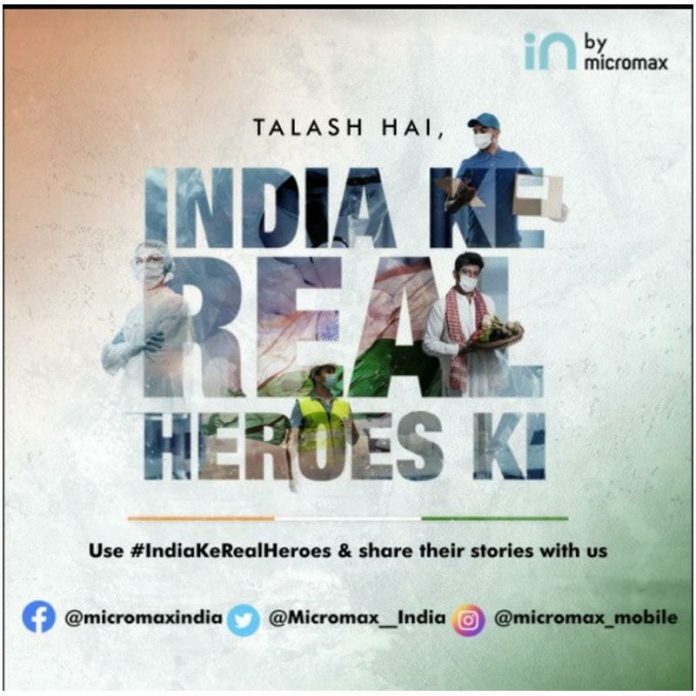 Micromax is an Indian multinational electronics company that was founded in March 2000. The company specializes in laptops, smartphones, home appliances, and consumer electronics and is headquartered in Gurgaon, Haryana, India.  The company was initially formed as an IT Software Company operating in the domain of embedded devices and later entered into the business of mobile handset. It is one of the leading consumer electronics companies in India and is the tenth largest mobile phone business in the world. By the end of 2010, Micromax was one of the biggest companies that provide handsets in the segment of low-cost. In 2014, the company’s sales exceeded those of Samsung and later faced a decline because of quality issues. In 2020, the company gave a comeback with its new brand called “IN”.

Micromax has recently launched a social campaign titled ‘#India ke Real Heroes’. This initiative taken by the company will shed light on 72 real heroes who have notably contributed to help the under privileged. This social campaign was launched to invite all the people in India to share their stories about people around them who helped others in difficult situations. The company not only wanted to bring these heroes into the light but also presenting these real heroes with the India ke liye – 72 IN note 1 smartphones and also 72 IN 1b for the customers who participated in this campaign by narrating the stories of their kindness and courage.

2020 was a year where there were many changes in the lifestyles of people across the world due to the pandemic. People suffered greatly and humanity won as all people tried to be kinder and better by helping others who were suffering. On the joyous occasion of 72nd Republic Day of India, the company looks at the inspirational activities from its campaign # India ke Real Heroes who are always ready to change the lives of others by helping them. Micromax appreciated all these real heroes and it is expected that ‘#India ke Real Heroes’ will bring more stories that would inspire and motivate the company to perform even better.