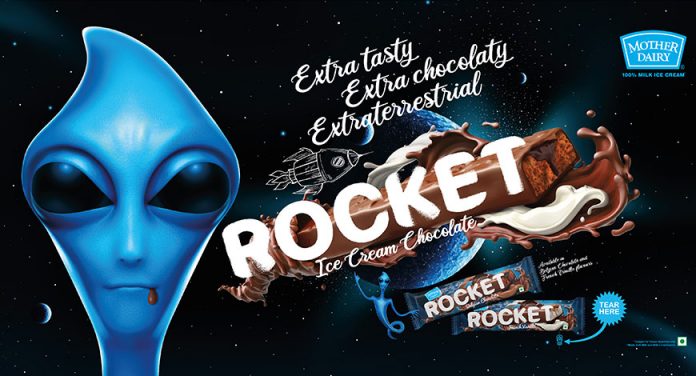 The Indian major Dairy Brand Mother Dairy has announced to come up with a new campaign for the launch of its new ice cream ‘Rocket Ice Cream’. The company has planned to launch the new ice cream along with Wavemaker and Red FM. The Rocket Ice cream will have two exciting flavours, Vanilla and Chocolate.

In an interviewed by a radio jockey Neila has invited its customers and listeners to post their pictures with the Mother Dairy’s Rocket Ice Cream Chocolate on social media and put a hashtag #RockItWithRocket to win hampers.

A spokesperson of Mother’s Dairy said, “To engage the consumers, we have launched a fun campaign called #RockItWithRocket on social media to strengthen the connection of Neila with the consumers. We are sure that the consumers will definitely find the new range exciting. We are building excitement by engaging the consumers.

“Our work remains as innovative as our customers and partners. Adaptive marketing is all about brands that embrace the popular culture and effortlessly become a part of it. Neila is a playfully creative way to use meme marketing to break through the noise and make the brand appealing to the company”, said Karthik Nagarajan, chief content writer of Wavemaker.