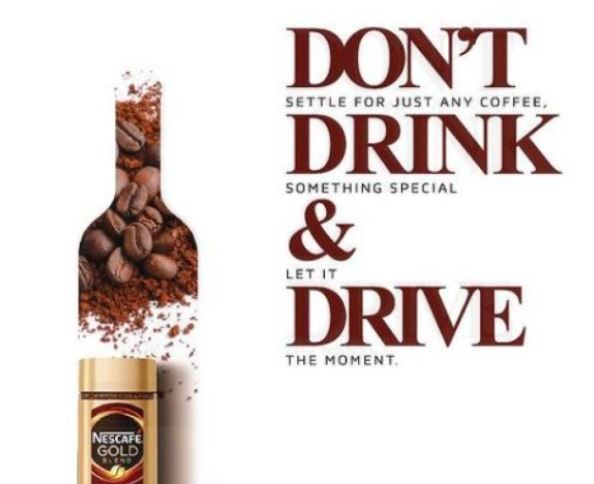 Nescafe India’s public service ad look-alike has started making rounds online. The ad is conceptualized in quite the way to discourage drunk driving with a creative suggestion, rather a smart alternative. While there have been a lot of ads released recently as markets started opening up and ad production restarted, it is Nestle India-owned coffee brand Nescafe’s latest ad campaign breaks through the clutter. The idea has already started receiving thumbs up from the social media community and claims to be the most noticed among all the ads released recently. The work is appreciated overall in terms of the creativity involved, execution, and strategy.

The ad is made by McCann WorldGroup India, with the perfect blend of smart concept and artistic brilliance. Through the ad, you receive two messages. One, Not to drink and drive. Second, it asks you to not settle for just any coffee but choose to have something special and drive through the moment – and the post caption commands itself- Nescafe Gold – as the ‘something special’ drink. The amazing artwork is something that is clearly eyecatching. The montage of the coffee and wine bottle together but the beans replacing the red liquid in the bottle is something fresh. Although Nescafe India had released it for New Year’s Eve to discourage drunk driving and encourage people to take up a simmering cup of coffee when they wake up on the first day of 2021, it certainly suits any time. The ad was featured as a print ad in The Times of India on 9 January 2020, Mumbai Edition.
Nescafe is a brand of coffee by Nestlé. Nestlé introduced its flagship coffee brand in Switzerland on 1 April 1938. Nescafe Gold is a blend of mountain-grown Arabica and Robusta beans which delivers an exquisite aromatic coffee with a well-rounded taste.