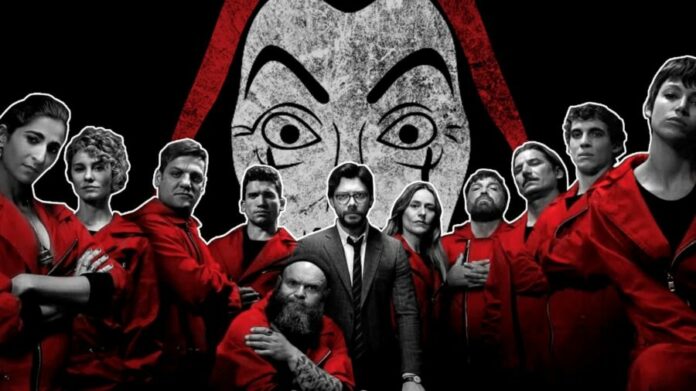 The famous Netflix series La Casa De Papel a Spanish TV series, which is well known as Money Heist, had successfully completed its final season on this 3rd December 2021. Álex Pina creates the series. Along with Sonia Martnez, Jess Colmenar, Esther Martnez Lobato, and Nacho Manubens, he served as executive producer for the series.

The series was initially made as a limited series in two parts. From May 2 to November 23, 2017, it broadcast on Spanish television network Antena 3 for 15 episodes. Netflix acquired global streaming rights in late 2017.

The series was re-cut into 22 shorter episodes and shown worldwide on Netflix, beginning on December 20, 2017, with the first half and ending on April 6, 2018, with the second half. Netflix revived the series in April 2018 with a slightly enhanced budget for 16 additional episodes. Part three, with eight episodes, was released on 19 July 2019. Part four, also with eight episodes, was released on 3 April 2020.

In July 2020, Netflix announced that the show would be renewed for a fifth and final season, which would be released in two five-episode volumes on September 3 and December 3 of that year. The series was filmed in Madrid, Spain. Panama, Thailand, Italy (Florence), Denmark, and Portugal all made substantial contributions to the overall image.

The series received plaudits for its smart plot, human interactions, direction, and ambition to revolutionize Spanish television, winning the 46th International Emmy Award for Best Drama Series. “Bella ciao,” an anti-fascist Italian song that plays numerous times in the series, was a summer sensation across Europe in 2018. By 2018, it was the most-watched non-English-language series on Netflix, as well as one of the most-watched programs overall.

Originally a Spanish show, it has become one of the most popular series in the country and Netflix has gone all out to promote the release of the new episodes.

Last week, we watched Bollywood actor Ayushmann Khurrana dress up as the Professor and perform a song about how thrilled he was for the upcoming season of the program.

When season 5 was due to premiere, Netflix collaborated with Nucleya to develop a fan anthem starring Anil Kapoor, Radhika Apte, Rana Daggubati, Vikrant Massey, and Shruti Haasan from the Indian film industry.

Author - January 15, 2022
0
When trading in the financial markets, you'll encounter a variety of trading strategies. You may also realise that your success with one...