The banking is customary to be in the list of strategic sectors apt for unrestricted privatisation under the new plan being revealed, the NITI Aayog has made a blueprint for the major sector, with consolidation in attention. The committee has asked the government to hold control over the country’s main four state-run creditors which are the State Bank of India, Canara Bank, Punjab National Bank and Bank of Baroda even as it suggested that 3 small public-sector banks which are the Bank of Maharashtra, Punjab & Sind Bank and UCO Bank be privatised on a significance basis.

The balance 5 Public Sector Banks such as Indian Bank, Bank of India, Indian Overseas Bank, Union Bank, Central Bank, the government may either amalgamate them with the 4 major banks it selects to hold or fit its share in them over a particular time-frame to 26 per cent, before exiting completely, as per the NITI Aayog suggestion. The government has told that a maximum of 4 state-run banks will be permitted in each of the strategic sectors, a list of which will soon be sited before the Cabinet for clearance.

A source said by highlighting the urgency to privatise most of the PSBs that the Banks might want a huge capital infusion once the soundness of various regulatory relaxations is given like the repayment moratorium period was over on August 31, 2020, and the rearrangement of loans is being considered for up to 2 years are over. Privatisation of weak PSBs will save the government from infusing capital year after year to keep them stable.

Previously, the Modi government has undertaken a sequence of consolidation exercises in the public-sector banking sector. Thus, the number of state-run banks has already declined from 27 in 2017 to 12 now. The impression was to create only a few but efficient banks to support the increasing credit appetite of the economy and reduce costs through greater synergy.

The government in August 2019 decided that the United Bank and Oriental Bank of Commerce will be combined into Punjab National Bank to make the country’s largest state-run bank after State Bank of India, with an overall business of nearly 18 lakh crores. Likewise, Syndicate Bank is merged with Canara Bank, and Andhra Bank and Corporation Bank will be amalgamated into Union Bank. Similarly, Allahabad Bank will be amalgamated with Indian Bank. Each of the amalgamated entity, made in April, has a business of more than Rs 8 lakh crore. 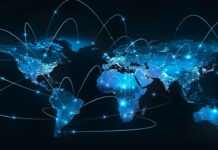 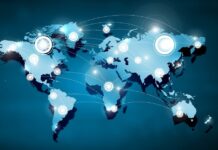 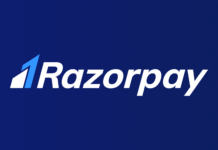 Author - October 21, 2021
0
Sideways has launched a campaign to promote the introduction of its first IP, Diicii, a gaming engine developed in collaboration with Reliance...