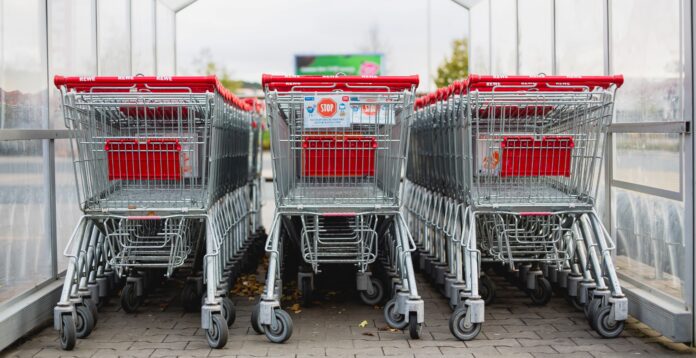 Retailers Association of India (RAI) in its 23rd edition of the Retail Business Survey, said that in December 2021, 7% growth was witnessed in the domestic retail sales over December 2019 or pre-pandemic scales.

It slowed down consecutively because of the rise in Covid-19, the Omicron variant cases. It has led to new curbs across the country.

Towards the end of December there was a drop in the business, reports from several retailers say. The CEO of Retailers Association of India (RAI), Kumar Rajagopalan, said that the retail business was on a steady growth trajectory throughout most of December, but the growth pace dropped off significantly around the last week of the month. Fresh sets of curbs were imposed in parts of India due to the third wave of the pandemic.

RAI reported on Tuesday that the business was up 26% pan-India, compared to a year ago. Large and small scale retailers are represented by the industry body across apparel, furnishings, grocery, jewellery, quick service restaurants, among others.

In what can be called a third wave, a surge in daily Covid-19 cases is witnessed in India. State-level restrictions like night curfews, ban on large gatherings, restrictions on non-essential stores openings and the shut down of cinema halls and schools in some cities are being prompted.

RAI said for December, the overall figures appear positive. The impact is more visible in categories such as beauty, personal care and wellness. These are the areas in which sales fell 7% last month compared to December 2019. 5% dip was reported by the furniture and furnishing retailers, compared to pre-pandemic levels.

24% and 16% growth over the pre-pandemic levels were reported by the grocery-food and quick service restaurants respectively. Consumer durables and electronics grew 26% sales and dropped. Sports goods retailers reported a 14% growth. Jewellery had 9% and footwear had 7% retailers respectively. 2% growth was shown in apparel and clothing sales over the 2019 period.

To instruct state governments and to avoid making restrictions by positivity rate and to examine hospitalisations as the criteria to establish the severity of curbs, RAI has appealed to the Ministry of Home Affairs and Ministry of Health and Family Welfare.