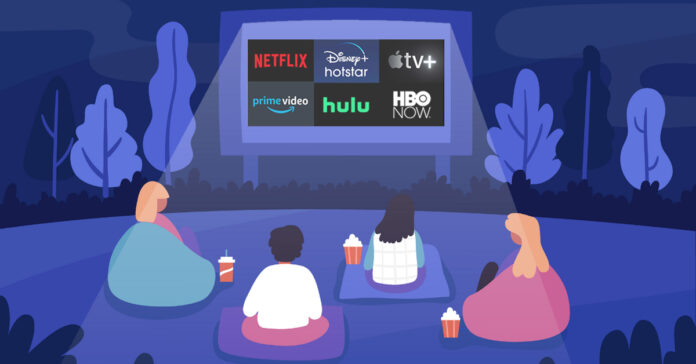 The rapid spread of the Omicron variant has shut down the movie halls and caused some to operate with 50% seating capacity and reduce timings. Major releases were lined up for launch in January-February 2022 and now they are facing setbacks.

Salman Khan’s ‘Radhe – Your Most Wanted Bhai’ is one of such films released in a hybrid model way in May 2021. However, it was met with piracy as soon as it was released. The hybrid model has always been opposed by the film industry.

The American film ‘Black Widow’ was an underperformance despite its hype and strong openings. The National Association of Theatre Owners (NATO) said that the indifferent response to the movie was because of the hybrid model of release (theatre plus Disney) and piracy. Exclusive theatre release meant “more revenue for all stakeholders in every cycle of the movie’s life”, said the trade body.

The direct-to-digital release of movies generates piracy. The consequential revenue loss due to piracy is a hard jinx to crack. Approximately $600 million was lost for the Marvel / Disney film.

However, the Hybrid model was a strategic response to deal with the pandemic. Now let’s see the response of film producers on whether it is working for them.

In producer Anand Pandit’s view, piracy is an inescapable reality. His opinion is that anti-piracy tools, content security protocols, legal strategies and tougher cyber laws should be employed to tackle the issue. Every film and its release is a unique case study for each producer and they should make comfortable decisions.

The CEO of Mumbai Movie Studios, Naveen Chandra proves that the hybrid model of movie launches works for producers by giving the example of the Tamil movie ‘Master’ which collected over Rs 200 crore box office. It was one of the early films released during the pandemic. Within 14 days, it was released on Amazon Prime Video.

Through satellite and digital platforms, 35-40% of revenue was received by the film and the size of its audience. The price for the film in platforms will be planned through the theatrical performance at the box office. Some platforms use a cost-plus model in the absence of this.

Karan Turani, the senior vice president, research analyst at Elara Capital said that big releases are shying away from OTT because their budgets are higher. Because of economics, for large-budget films, cinema is the best-routed medium.