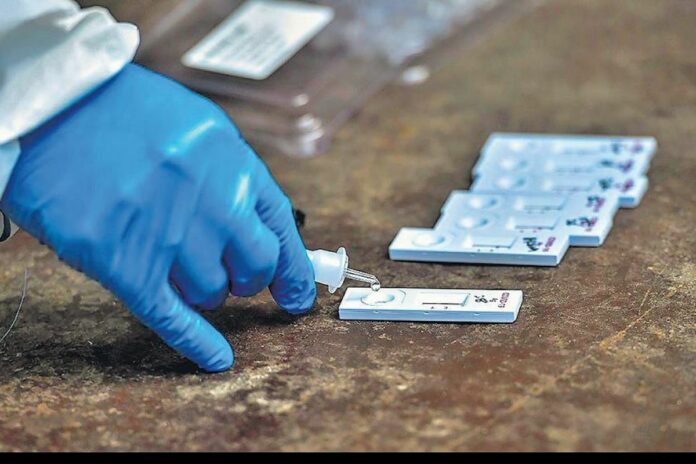 The first two Omicron cases of India were reported in Karnataka on December 2nd. One day after the detection, the Centre released a list of frequently asked questions (FAQs) about the coronavirus variant which has been set down by the World Health Organization (WHO) as a variant of Omicron.

Various states have released new instructions, restrictions and travel guidelines to prevent the spread of Omicron.

Meantime, the government has directed an inquiry into how a South African national got a negative RT-PCR report from a Bengaluru lab, allowing him to leave India. This person who was tested Omicron positive earlier has created tension now.

Including 9 travellers from Africa, about 60 international passengers who have arrived at different airports came to Visakhapatnam in the last 10 days. Half of them are staying in the city.

The rest of them have gone to different places in the state. Now the Andhra Pradesh officials are trying to trace them for conducting RT-PCR tests.

Including 10 people from Mumbai, about 28 people are reckoned to be Omicron affected in Maharashtra.

Maharashtra conducts double supervision. From midnight on November 30, they are screening passengers at the airport. Since November 1, they are testing passengers who returned from overseas.

M Kerala demands travellers from high-risk countries to undergo RT-PCR tests. Then they should be home quarantined for 7 days and tested again.

At present, cases have been reported in Karnataka, Gujarat, Maharashtra and Delhi.

The Omicron variant is expected to be of higher transmission rate than Delta. Depending on the studies conducted on the Delta variant, scientists believe that Omicron cases will be less severe with mild flu-like symptoms.

Since international travellers are the primary source of Omicron, cities are at higher risk.

Domestic travellers do not need an RT-PCR report if they are fully vaccinated. Otherwise, they will have to produce a negative RT-PCR report with a validity of 72 hours.

Karnataka demands all international passengers to undergo RT-PCR tests and to remain in home quarantine for 7 days and test again.

Author - January 19, 2022
0
Since the beginning of the pandemic, OTT platforms in the region have gained a large audience. In 2022, these platforms will grow...