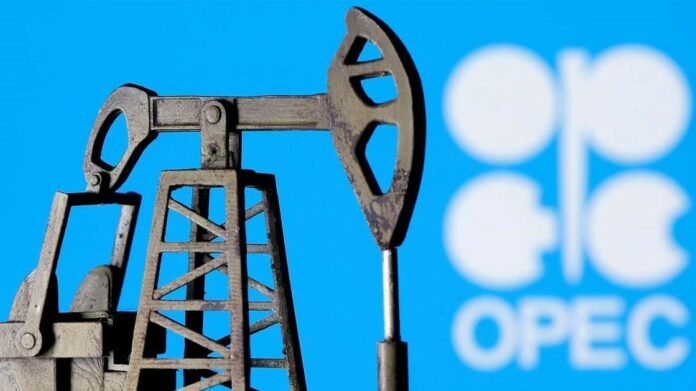 The Organization of the Petroleum Exporting Countries, OPEC’s share of Indian oil imports falls to its lowest level in almost a decade.

OPEC is an intergovernmental organization of 13 countries. In India, despite a 4% increase in yearly crude purchases by the world’s third-largest oil importer, the shares fell to their lowest.

Members of the OPEC, primarily from the Middle East and Africa, saw their share in India decrease to 70% in 2021.

The report indicated that India’s oil imports increased by 3.9% to 4.2 million barrels per day (BPD) in 2021, but remained below pre-pandemic levels in 2019.

Imports are anticipated to rise even more this year as fuel demand recovers, with the government resisting lockdowns despite rising COVID-19 cases and refiner remaining strong.

Refineries had to halt crude processing for a few months as lockdowns hit gas oil and jet fuel consumption.

The data showed, imports surged to an 11-month high of roughly 4.7 million BPD in December, up nearly 5% from November but still 7.8% lower than a year ago.

“With fears of Omicron spread receding and refineries expected to operate at full capacity because of improved cracks and fuel demand,” said M. K. Surana, chairman of the state-run, HPCL.

He also added that Indian oil imports could increase by about 5%.

As per the data, OPEC’s market share shrank as refiners expanded imports from Canada and the United States at the expense of Africa and the Middle East.

As US sanctions made it difficult for India to import oil from Venezuela and Iran, Indian customers have turned to the US, Canada, Guyana, and a few small African suppliers for supply.

In comparison to 5.5% and 0.7% a year before, oil from the United States and Canada accounted for a record 7.3% and 2.7% of India’s imports, respectively.

The data also showed, Latin American oil’s proportion of global oil fell to a 12-year low of 8.7% after India ceased imports from Venezuela under pressure from US sanctions.

As per the data, Middle Eastern oil accounted for almost 62% of India’s total imports.

In 2022, Iraqi supplies to India are likely to climb by 45%, as HPCL prepares to expand its refining capacity.

Passionate in Marketing - May 16, 2022
0
Mumbai, 16th May 2022: With social commerce evolving to play a bigger role in the consumer journey than ever before, leveraging social...