Folks at OYO India recently unveiled ‘Project Hello,’ an in-house initiative where team members need to contact 10 people and speak to them about their experiences. The 10 people may be OYO clients, associates, or even people who may or may not have come into touch with the brand.

Mayur Hola The Global Brand Chief, OYO Hotels and Houses, says “The brand was focused on the broad set of customer encounters & we spoke to customers about their expectations, worry, and travel issues and acknowledged that they needed to travel for leisure.”

Although the production of the film seems rather organic (apart from the only mention of OYO and some visuals), its cost-friendly nature stands out.

About the cost aspect Mayur Hola was quoted as saying “The cost helps in these days, but here, the thought came first. When you write anything like a ‘pahad,’ it moves you into a relatable room. There are some wonderful tourism movies where you may see Leh (Ladakh) or the hills from the south. We tried to make it sound like a chat between friends. And we tried to be a friend with all those mates. It’s almost about saying, “Kids, let’s go, we’ve been stuck in our houses.”

Despite the serious effect on the company and its profits, OYO has not been silent. The company has launched some promotional campaigns over the last few months and has also added a bunch of new seasonal ideas to its offerings.

The ‘Raho Mast With OYO’ campaign that broke out last year (2019) was quickly taken over by the ‘Sanitized Stays’ campaign of the COVID era. OYO also highlighted its collaboration with Unilever’s grooming and cleaning products such as Lifebuoy, Domex, Sunshine and Cif to improve its ‘Sanitized Stays’ campaign. Next was ‘Road Trippin,’ an opportunity for Indians to venture out and drive to local destinations in their cars. In a way, the ‘Chal Pahad’ movement is an expansion of ‘Lane Tripping’

When customers sit indoors, OYO emphasises on “asking them where they are,” on platforms such as YouTube and social media. It fits well for each other to be vigilant to eventually hit the target. In a previous interview! Hola disclosed that OYO’s company in India is slowly recovering and has managed to hit 30% of pre-COVID occupancy rate. Bookings are managed by millennials and small and medium-sized businesses (SMEs). The OYO team expects a speedy recovery in the coming festive season and winter months. The brand is being appreciated and everything we’ve done over the last six months has served us well in terms of branding. 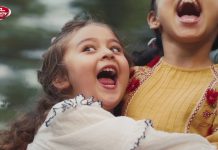 Passionate In Marketing - December 3, 2020
0
Lifebuoy has launched its latest ad which shows us the journey of expressing affection through a girl’s eye. We can see that...

Study shows shopping of smartphone surged 25% to $3.6 billion on...

COVID-19 Becoming the Reason for the Growth of upGgrad