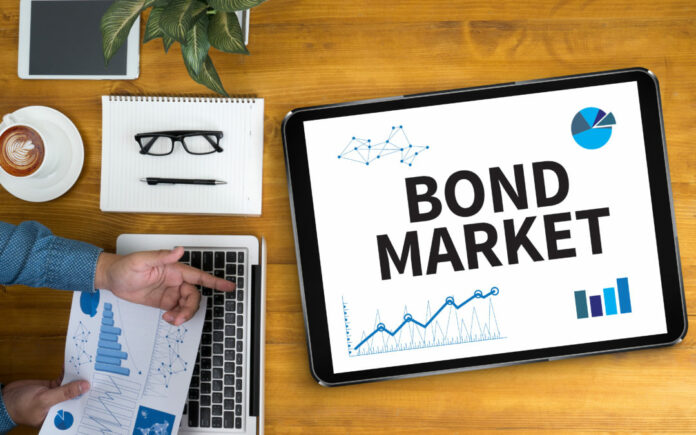 By the last two weeks, the fundraising from the bond market by companies and banks has accelerated as they are going through locking in lower rates in expectation of the Reserve Bank of India (RBI) policy in December.

The market anticipates the central bank to declare liquidity-tightening measures which will boost borrowing costs in the days ahead.

Market contributors also expect that the RBI could accelerate the reverse repo rate and make this rate an operational rate. The market players are trading in a thin range due to which the secondary market activity of corporate bonds is on hold.

In the last two weeks, according to the data organized from the BSE and NSE bidding platforms, companies, and banks together upraised Rs 36,747 crore, of which the major share of Rs 14,190 crore. Banks and Non-Banking Finance Companies (NBFC) upraised Rs 9,092 crore and Rs, 9,828 crores, respectively, so far.

Karan Gupta, Director, India Ratings and Research shared that considering RBI’s intent to keep lower surplus liquidity in the banking system, which will in due course have an impact on the interest rate, most of them are trying to lock the lower interest rate that is now available in the market as they look ahead liquidity to tighten.

Market contributors anticipate the RBI to carry on with its liquidity normalization tool namely variable rate reverse repo (VRRR) to bring liquidity less and bring the reverse repo rate to 3.75%.

By selling sovereign securities worth Rs 1,435 crore in the last two weeks in the secondary market, The RBI is also withdrawing liquidity. At present, the banking system liquidity is evaluated to be in around Rs 8.58 lakh crore surplus.

In October policy, the RBI had declared 14-day VRRR auctions of Rs 6 lakh crore and an option of 28 days VRRR auctions. The RBI’s monetary policy committee planned to meet on December 6 and the decision will be proclaimed on December 8.

Considering the new virus variant the reverse repo rate hike is expected in two steps. Usually, the corridor gap between the repo and reverse repo is 25 basis points, but currently, it is around 65 basis points. It was extended during the pandemic to make borrowing cost less.

Sandeep Yadav, the head of fixed income, DSP Mutual Fund spoke that they expect the reverse repo to be recalibrated to 3.75% till February policy. They also expect the glide path in VRRR to continue.

Apart from this, brokerage firms and mutual funds dealers pegged the central bank to keep the repo rate unchanged and maintain an accommodative stance.