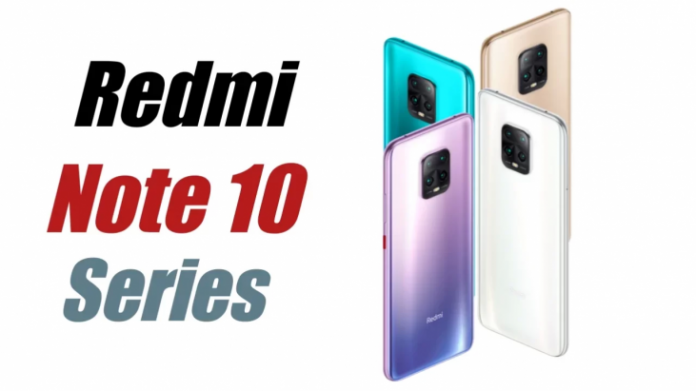 “Redmi Note Series has become the most successful smartphone series in India and we are super excited to bring you the next experience of #10on10! , On 4 March 2021, the Redmi Note 10 Series is all set for its global debut,” Xiaomi tweeted, announcing the update. The tweet also reveals that the series will have more than one smartphone.

An Amazon India listing had previously announced the launch date as March 10. It also suggested that four variants could be included in the series – the Redmi Note 10 5G, Note 10 4G, Note 10 Pro 5G, and the Note 10 Pro 4G variant. The date would at least turn out to be different. On Xiaomi’s official website and on Amazon India, the smartphone is now being teased.

For a better experience, the biggest indication we have so far is Xiaomi marketing the handset. This means that the Redmi Note 10 series may be the first to feature a 120Hz display in the Note lineup. There was a 90Hz display in the Redmi Note series. A mid-range chipset, most probably the Qualcomm Snapdragon 732G processor, is expected to power the smartphone.

The Redmi Note 10 series will come with a 64MP primary camera along with an ultra-wide lens, a depth sensor, and a macro sensor, as far as the camera specs go. It is also expected that the phone will feature NFC support. There are rumors that, along with multiple storage configurations of up to 8 GB RAM and 128 GB storage, the device will pack a 5,050mAh battery on the phone.

Ananthu B S - March 2, 2021
0
United We Care, an application and online stage for your passionate prosperity is asking individuals to #MindIt with regards to tending to...