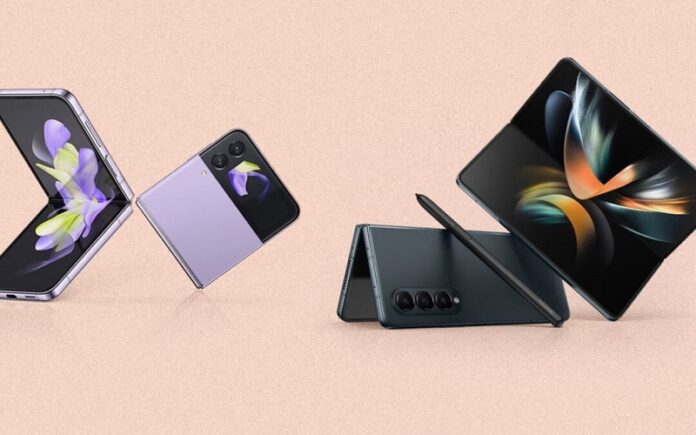 Samsung recently introduced the Z Fold4 and Flip4 smartphones in the Indian market. Flip and fold are new product innovations in the smartphone category. Premium-segment consumers are opting to flip and fold phones to create a lifestyle statement.

“In the era of touch screens, a foldable is a clever approach for cramming a larger video experience into a smaller space. So, for me, it’s a new beginning “Ritesh Ghosal, a s and startup enthusiast, comments

As per CyberMedia Research (CMR), the foldable phone market in India is expected to develop at a CAGR of 64% until 2026. This translates to a 20-fold increase in foldable smartphone shipments.

Prabhu Ram, chairman of CMR’s Industry Intelligence Group, believes that Samsung has a significant advantage over the competition with its foldable phones. Other smartphone manufacturers are also planning to enter the market with their foldable in the coming years.

With Samsung introducing foldable phones, Chinese competitors such as Oppo and Vivo are also preparing new products. According to media sources, the brand intends to increase the ratio of foldable phones to half of the total smartphone sales by 2025.

Vivek Bhargava bought his first foldable phone, the Samsung Galaxy Fold, in 2019, much before the phone was officially released in India. He replaced his phone every time Samsung released a new foldable model. Bhargava believes it’s difficult to go back to a standard phone after using four versions of the Samsung Fold. The foldable phone is an extremely useful technology.

Ghosal says of the design aspects of foldable phones, “When it not opened, a foldable phone is just like any other phone; when opened, it provides an excellent video experience. With amazing data connectivity at very low pricing, as well as access to increasing content such as OTT services, video viewing is nearly as important a reason to carry a phone as connectivity. So, if people can afford a foldable, I believe it is a better choice.”

Samsung has worked hard to improve (perfect) the quality and durability of their phones. Oppo and Motorola are also trying to establish a presence in this market. But neither of them was as successful as Samsung due to their inferior display, battery life, and price point.

According to Navkendar Singh, AVP-device research at IDC, “After a long period, the introduction of foldable phones has provided consumers with a breath of fresh air in terms of functionality, convenience, and the appearance of the phone. This trend of flip and fold phones is catching on, but for a country like India, the price is now a barrier to mass adoption.”