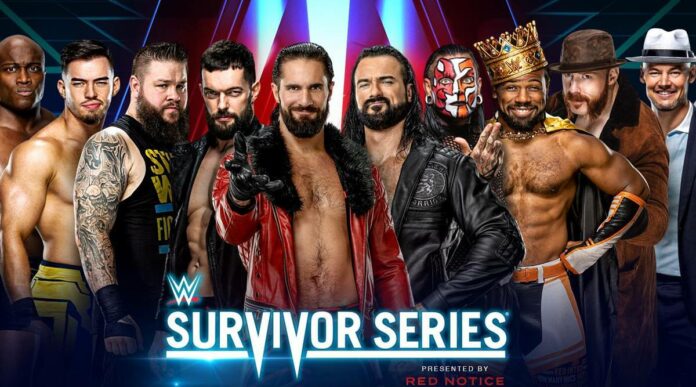 Sony Network, the official broadcasting network of WWE in India, is getting ready to broadcast the 35th yearly edition of the WWE Series.

This is the only WWE event of the year where WWE Raw and WWE SmackDown superstars go head-to-head in the battle of brand supremacy.

Previously, WWE is the only broadcast in the English language but this year for the very first time WWE Survivor Series is broadcasting in four languages including English as the primary language and other regional languages likes Hindi, Telugu, and Tamil.

Fans across India can watch one of the greatest sports entertainment performed in the world on SONY in four languages. For English (SONY TEN 1), Hindi (SONY TEN 3) & Telugu & Tamil (SONY TEN 4) on November 22, 2021, from 6:30, am IST.

To serve the Indian WWE fan base and make them feel an intrinsic part of the event, SPSN will LIVE telecast a 1-hour build-up to Survivor Series special called Kick-off from 5.30 am IST.

SPSN will also take fans through the exciting results of Survivor Series 2021, possible ramifications to the storylines along with showcasing LIVE fan reactions to the majestic event in their special post-event show ‘WWE EXTRAAA DHAMAAL.’

The show is hosted by Sahil Khattar and features the WWE Hall of Fame, Kane as the special guest to express his opinions on the 35th edition of the WWE Survivor series and also celebrates the 25 years of The Rock.

WWE Survivor Series is one of the ‘Biggest Four’ events and also the second longest-running WWE PPV event after Wrestle Mania.

With this edition, the famous Dwayne Johnson also known as “The Rock” celebrating his 25th anniversary. He debuted in the 1996 survivor series. They are offering individual matches between both Team Raw and Team SmackDown Superstars for the ‘WWE Brand Supremacy’ competition.

In the event called the battle of brands where superstars from both RAW and SmackDown where Men’s and Women’s Traditional Survivor Series Elimination matches will be held.

Author - December 3, 2021
0
Sony MAX2 celebrates 27 years of ‘Andaz Apna Apna’ Not that many films have managed to stay relevant and...