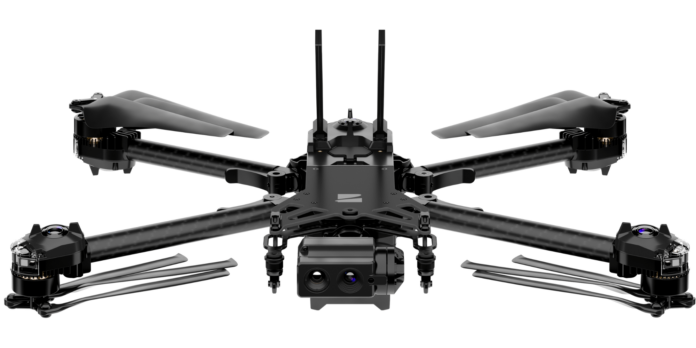 The government agencies were strictly restricted by US regulations from buying foreign drones. This action gives enthusiasm to Skydio to sell drones for commercial use. Skydio is a US-based autonomous company situated in California. It is launching a new drone for commercial and defence use.

The company is known for its selfie drones which use AI to automatically capable to film a person riding through the forest.

Skydio is launching a drone platform for enterprise and public sector called Skydio X2. The company is also bringing several changes in the software which will allow for a 360-degree superzoom out and 100x digital zoom for tracking.

Adam Bry, CEO of Skydio says in a statement that, the autonomous software of the company could change the way people use the drone and cannot be competed.

The new drone X2 has built-in autonomous software and folding arms which makes it easier to pack and transport. The drone has six 4k navigation cameras with 360-degree superzoom and a dual-sensor with 12MP color and 320×256 LWIR sensors. The drone has a flight time of 35 minutes.

X2 is made in two configurations for enterprise and for the army. Drone for the army is made for Short-range reconnaissance requirements (SRR) that can be used for gathering ground information, security patrols, and for search and rescue operations. Enterprise purpose drone is made for organizations, first responders, and civil agencies. It will help in inspecting buildings, power plants, bridges, etc.

The budget allocated to develop SRR drones by the US government is $11 million. About six firms are selected by the Department of Defence to supply the drones and Skydio is one among those. The list also includes one foreign firm called Parrot, a France-based company.

According to the drone industry insights, the market leader in drone manufacturing is Shenzhen-based DJI. The drone market is expected that the market is about to grow to $42.8 billion by 2020 and Asia is the largest market in the world. Asia is the fastest-growing region in terms of revenue. In commercial use cases, Asia is the largest consumer for the energy sector. It also added that the region will grow enormously and would be the leading market by 2025.