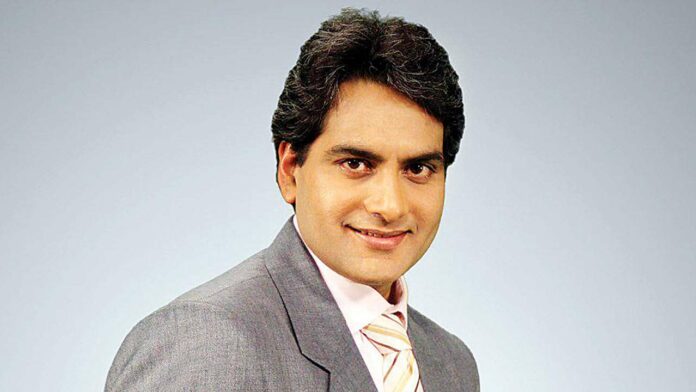 Zee Media Corporation Ltd. On Friday got a big blow, when their Chief Executive Officer (CEO) Mr. Sudhir Chaudhary resigned from his current position. This is being confirmed by the ZMCL issuing a statement that; “Sudhir Chaudhary has resigned from the post of the CEO from the company, they further said that he will seize all his operations on the managerial level as well as personnel level on behalf of the Zee Media Corporation Ltd. The resignation came on the evening of Friday when Sudhir Chaudhary personally gave his resignation to Dr. Subhash Chandra, the managing director of Essel Group and ZMCL.

As a result of this resignation, the company reported that the working atmosphere inside the corporation was very confused as well as tense. People referred to Sudhir Chaudhary as one of the key makers and the backbone of Zee Media Corporation Ltd. The people who worked there are reported to have developed a very friendly relation the then CEO of ZMCL, Mr. Sudhir Chaudhary. The chairman of the ZMCL Dr. Subhash Chandra stated in an internal email that he tried to persuade Chaudhary to stay back at ZMCL but found him very much firm on his ongoing decision.

Sudhir Chaudhary and ZEE Media had a relationship of almost three decades, as a part of Zee, he attained numerous awards based on his fearless journalism and operations. He had joined Zee in the year 2003 and now with all the effects of his decision, the job relationship comes to an end between Chaudhary and ZMCL. The reason Chaudhary resigned from his current position was the “internal deliberation” to begin his “own enterprise”. The words were officially mentioned in the resignation email that he had sent to Subhash Chandra earlier on Friday. He also took the blessings of Chandra with a very heavy heart. He is very enthusiastic about his enterprise and willing to invite Chandra as a chief guest someday if his venture gets successful. As of now, the Zee Media Corporation Ltd. Has already initiated the operational nomination of Abhay Ojha, the Chief Business Officer to take over the esteemed position that is being vacated by Chaudhary. With a farewell bid to Sudhir Chaudhary, Subhash Chandra has already planned to give a farewell dinner to Chaudhary in the Constitutional Club.