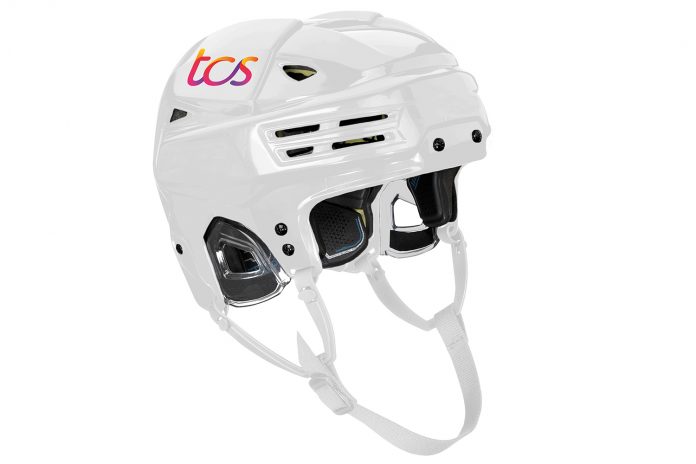 The Philadelphia Flyers have announced that a sponsorship logo, that of Tata Consultancy Services, will incorporate the helmets of Flyers players. Throughout the regular season and the Stanley Cup playoffs, the TCS logo will highlight on either side of the players’ helmets for both home and away games.

TCS, which has been a partner of the Flyers since2018, is now using its relationship to encourage STEM education initiatives and assist the city of Philadelphia through the Wells Fargo Center and the Flyers. TCS will announce the winner of its December goIT Monthly Competition on Friday, January 15, a regular opportunity for classrooms to compete directly in the U.N. Sustainable Development Objectives through the digital transformation initiative of goIT from TCS.

The contest, co-sponsored by the Flyers and promoted by its famous mascot, Gritty, encouraged students between the ages of seven and 17 in the United States, Canada, and the United Kingdom to create an app in their neighborhoods that encourages acts of kindness. On TCS ‘Twitter and LinkedIn networks, a panel of judges from TCS and the Flyers will reveal the most interesting ideas from the contest.

Valerie Camillo, Business Operations President, Philadelphia Flyers, said,” It was a perfect match to partner with Tata Consultancy Service for this first-of-its-kind sponsorship program. TCS is now one of our biggest partners and shares the focus on the creativity of our company. TCS helped us bring to life our cutting edge’ second screen’ viewing experience during last year’s Stanley Cup Playoffs, and now they are adding another revolutionary tool to our joint marketing network.”

Author - January 21, 2022
0
Sabse Saste Din (SSD) sale is back, Big Bazaar is offering discounts on its products which will be live till January 26th,...