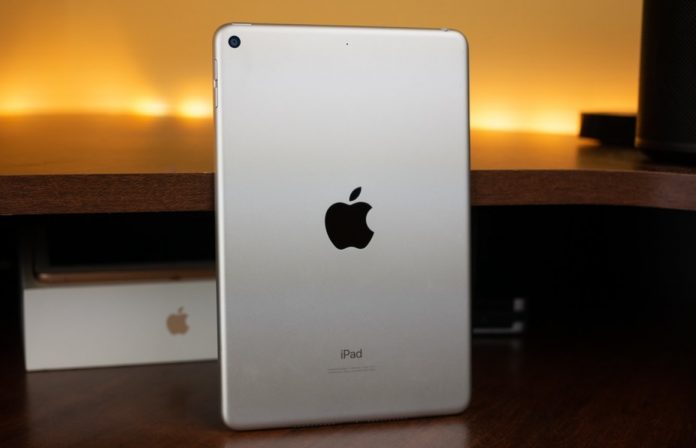 The iPad mini 6 of the next generation will look a lot different than its predecessor. The released design displays a punch-hole camera and an in-display fingerprint scanner, as per David Kowalski, @xleaks7 and CoverPigtou render (Touch ID).

The display size of the iPad mini 6 has, after all, not yet been verified. An earlier rumor from Apple analyst Ming-Chi Kuo mentioned that it could have a 9.1-inch display that is significantly larger than for the iPad mini’s previous generations.

In collaboration with tipster David Kowalski (@xleaks7 on Twitter), the alleged CAD-based renders of the iPad mini 6 popped up in the Italian publication, Pigtou. The renders showcase the black color of the Apple tablet with the round edges. The display bezels have been significantly reduced and a hole-punch cut-out for the selfie camera is now available on its front panel. The iPad mini reportedly retains a single rear camera on the upper left side of the back. Also, alongside what initially appeared to be a USB Type-C port, we can notice the speaker grill at the bottom. With the last iPad Pro models and iPhone 12 series, Apple began adopting the USB-C port.

On the lower half of the display, the best portion of these images can be found. Specifically, with a Touch ID fingerprint scanner cut-out, the next-gen tablet is represented. It is unclear whether this is to confirm the presence of an under-screen Touch ID implementation for illustration purposes, like the one expected later this year on the iPhone 12S, or whether Apple is allegedly preparing a large cut-out.

The iPad mini 6 is expected to arrive in the first half of this year, along with the iPad Pro (2021) line and a third-generation iPhone SE, possibly at an event in late March. It would be powered by the A14 Bionic, which is presently used in the iPhone 12 series, which will include both a lightning port and a 3.5 mm headphone jack, both of which, together with 4 GB of RAM, is found on the iPad mini-5.

The rest of the exterior package of the tablet is an aluminium body with a small camera on the back, a power button on the top, and volume keys on the left side of the frame.