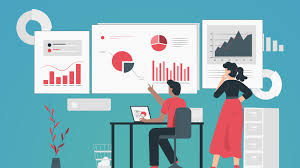 Marketing wizards have learned how to target the audience more specifically due to social media. We came to know that influencers have made themselves real entertainers in the marketplace and partnered with some of the biggest companies in the whole world. Now digital media has high demand and does not consider as traditional media’s “ugly stepsister”. It exciting to know that the content team learning that by merely throwing influencer into the content you can’t win and influencers with huge followers doesn’t necessarily provide the greatest success in campaign confirmed by the brands. The influencers are those who created a real relationship with the audience and are winning.

Business director and Branch Head of VMLY&R Delhi, Amandeep Singh claims that if we see the whole celebrity to micro-influencers as a pyramid then the relatability is greater at the bottom and this is the reason why micro-influencer is becoming a part of many cases including campaigns. The campaign for Doritos called “#BlameitonCrunch” by the agency also used the same approach where we had a brilliant and simple idea that was driven by influencers yielded good results. Singh commented that micro-influencers have a strong world in which they have numerous followers. Since the world contains brand and non-brand content this could an effective way of getting the attention span of the audience instead of just following like a Bollywood celebrity by Gen Z’s ideology. Singh pointed out that as far as budget goes influencers come in varied ranges depending on their circle of influence.

Micro-influencers are those who have followers from 1000 to 1,00,000. They focus on a specific area and are regarded as an industry expert. It is believed that they have stronger relationships than ordinary influencers. Founder and CEO of Whoppl (a content creating company) creating influencer marketing strategies Ramya Ramachandran commented that pre and post-COVID influencer marketing has moved towards an “always-on” strategy. She also further revealed that these influencers will charge anything between Rs 20k to Rs 4lakhs for a video post. A brand can also make the micro-influencer a “brand ambassador” and earns a small commission for sales generated through a hyperlink contained in micro-influencers bio profile and post.

Maansi K - August 12, 2022
0
Business Bazaar is one of India’s leading firms for franchising opportunities. At Business Bazaar you will come across thousands of options for...