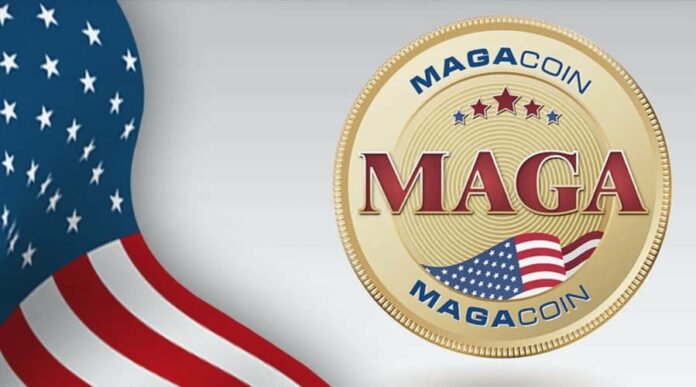 What is MAGACOIN?
MAGACOIN was created with the ultimate goal of showing unabashedly strong support for former President Donald Trump after his defeat in the November 2020 political race. The total number of coins produced so far is a tribute to the 75 million people who voted for Trump in the election. MAGACOIN thus carries the overwhelming weight of high expectations on its shoulders as it sides with the “Make America Great Again” campaign. The proceeds of the new cryptocurrency will be used to fund these future campaigns and races.

This coin is different from other popular cryptocurrencies that can be purchased, as MAGACOIN does not organize an ICO (Initial Coin Offering), but distributes 100 coins to each new registrant in order to create a strong MAGACOIN ecosystem that works together to exchange cryptocurrencies and support the development of MAGA.

According to the website, 10 million MAGACOINs have been donated to the MAGACOIN Victory Fund, a SuperPAC created to help MAGA candidates across the country in the fight for individual rights, religious liberty, protection of the unborn, the 2nd Amendment, free speech, and the overall America First agenda.

As the cryptocurrency exchange recognizes MAGACOINs and the value of coins held by SuperPAC increases, these coins will be converted to US currency and independent expenditures will be made to support MAGA candidates. The higher the value of each MAGACOIN, the more resources the MAGACOIN Victory Fund has to support and elect MAGA candidates across the country.

In recent months, many “far-right” movements have emerged in the country, such as the “free speech” movement Free Phone. These far-right movements are very popular among the people, but their support is controversial.

In addition, the currency is available for mining, which is an alternative way of obtaining raw cryptocurrency.

Should you invest in MAGACOIN?
Despite its purpose and goals, MAGAcoin is still far from being listed on well-known and trusted platforms such as CoinMarketCap, Binance and others.

According to the RawStory report, despite MAGACOIN’s popularity and massive listings, its users are at risk of data breaches. MAGACOIN’s website has been found to expose users’ data, including but not limited to login details.

This is a warning to users, especially as hackers can access or rob their money. MAGACOIN is indeed a new blockchain and users should take precautions if they intend to buy it.

Vikas Joseph - September 25, 2021
0
How will retirement deal with your life? It might deliver you jobless without making you incomeless. Regularly the shock of being tossed...