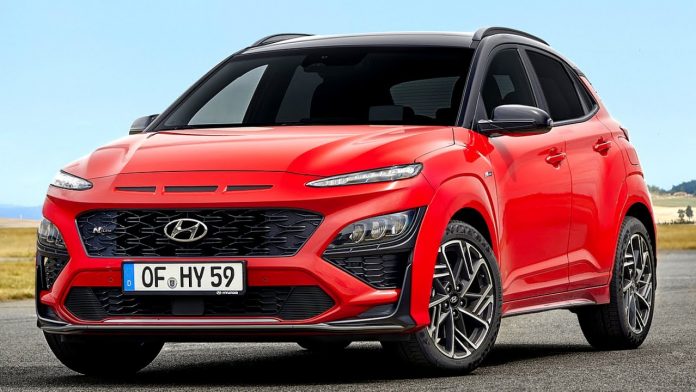 The high-performance brand N of Hyundai still has a distinct visual appearance to it that differentiates it from the standard edition and the same is true of the Kona N. With a bigger grille, a new rear spoiler, and dual exhaust tips, the bumper gets a more powerful feature on the front. Expect the Kona N to come with the iconic performance blue color of the N brand. Thanks to a sportier suspension setup, the entire car also sits lower on the ground than the standard model and there is a larger set of discs and upgraded calipers behind the new alloy wheels

Inside, with new bucket seats, a chunkier steering wheel, blue seat belts, and some other tweaks that will be disclosed at a later stage, we expect Hyundai to deliver the new Kona N. If all going according to schedule, then by the end of2021, the first Kona N will debut in the North American market, followed by other world markets.

The same powertrain and transmission from the current Veloster N, which is a turbocharged 2.0-liter inline-four churning out 275bhp and 352Nm peak torque, is working its magic in the new Hyundai Kona N, combined with the latest8-speed dual-clutch automatic.