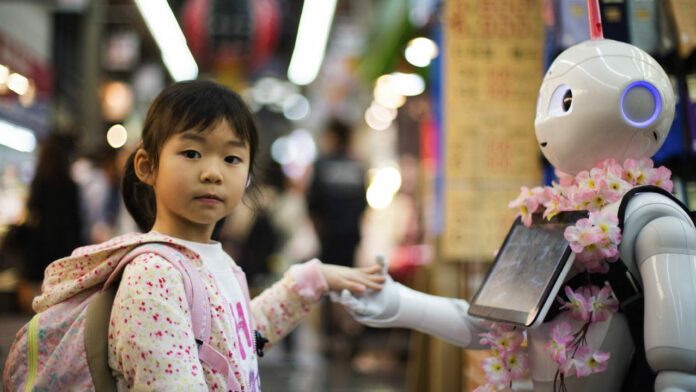 Artificial Intelligence has grown into an inescapable part of our lives. It’s now paving its path into the education sector. The technology used in education has invariably been solid and updated to coach the students in a much-enhanced manner. A team of researchers at Carnegie Mellon University has developed an AI-powered technique that enables educators to rapidly create intelligent computerized tutoring systems. Through this, teachers can simply teach the computer in her own ideas, like solving diverse problems, multicolumn addition, and much more and she can indeed correct the computer if it responds incorrectly.

A Ph.D. student in CMU’s Human-Computer Interaction Institute (HCII), Daniel Weitekamp III explained that “A student might learn one way to do a problem and that would be sufficient. But a tutoring system needs to learn every kind of way to solve a problem.” A tutor must know something of everything rather than knowing everything of something. Here the computer not just understands the problems it is taught, instead it becomes capable of solving any kind of problem of the same topic in diverse ways. The computer doesn’t just perceive how to work out problems, it can also demonstrate how to solve them.

The advancements in artificial intelligence and machine learning have produced enormous contributions in recent years. These intelligent systems are now capable of routing a student’s academic conduct, his weak points, and much more and are augmented to tutor him accordingly.

Ken Koedinger, a professor of human-computer interaction and psychology was among the first to set up intelligent tutors. He claimed that he and his fellow programmers took around 200 hours by hand in order to develop a one-hour tutor. Later they had to develop all alternative possible ways of solving the problems individually. It was in fact a truly tremendous task for them.

Fortunately, the new computer system develops its own AI rules. A teacher just needs to invest 30 minutes in order to obtain an output of 30 minutes of tutoring!

At the Conference on Human Factors in Computing Systems (CHI), the makers demonstrated the multicolumn addition. But the machine has revealed a remark to work on a variety of subjects including equation solving, fraction addition, chemistry, English grammar, and science experiment environments. This technique has in fact established a circumstance for any teacher to develop their own computerized lessons without soliciting any help from AI programmers.