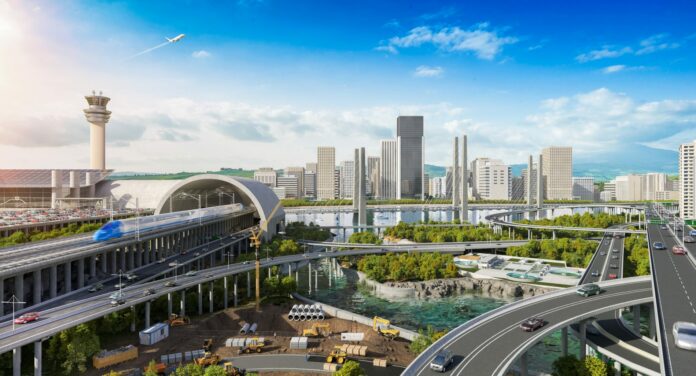 Even though many politicians come to power by promising vast infrastructural developments, the nation has not invested in it enough. But it might reverse in 2022.

Each nation has its infrastructural investment demands based on its socio-economic factors.

But like everything, humans have found an easy way to get data from this complicated source. It is called Gross Capital Formation in Infrastructure or GCFI.

It is expressed as a percentage of GDP. The US and the Western European countries have 2%, while Asian tiger economies have hit 11-12% in their growth phases. While in India for decades, the investment was around 3% of the GDP.

This underinvestment in infrastructure has led to a significant infrastructural backlog. It has resulted in creating bottlenecks in roads, ports, airports and power development. That resulted in logjams for economic growth since the early-1990s.

The Planning Commission, seeing this infra deficit attempted to raise GCFI to 9% by the terminal year of the 11th Plan of 2007-12. It not only increased public expenditure, but also went on an aggressive PPP programme.

But the GCFI started to fall from 2012 onwards. Twin balance-sheet problems, stalled projects, policy conundrums, mounting NPAs and decision paralysis all led towards the decline.

When five-year planning was stopped the GCFI from FY13 to FY19, the GCFI was bound between 5.3% to 6.2%. While 70% of this investment was in the public sector, the rest 30% was in the private sector.

The gap between the target 9% and the achieved investment from FY2012 to FY2019 is still looming large. When it reaches the FY19 level the investment can be deemed as a loss.

But as per recent trends, there is a hope that the GCFI will hit 7% to 8%. It is because of many measures the present regime has taken.

For example, considering the monotonous rate of growth by PPP the government increased its dependence on public expenditure.

Other similar measures are the creation of DFI, announcements of NIP and NMP, rural infra bolstering, Gati Shakti initiative, monitoring of key infra projects execution by the PMO and reforms in public procurement policies.

The FY23 budget is providing an outlay of ₹7 lakh crores, with additional sources from various sources, totalling an amount of ₹17-20 lakh crores.

It is all based on a plan formulated in the NIP document released on December 31, 2019. But this was released before Covid-19. While the original target for FY20–FY23 was ₹74 lakh crores, the pandemic reduced it by ₹10 lakh crores.

But with new policies and initiatives, it may hit an aspirational 9% by the mid-2020s.