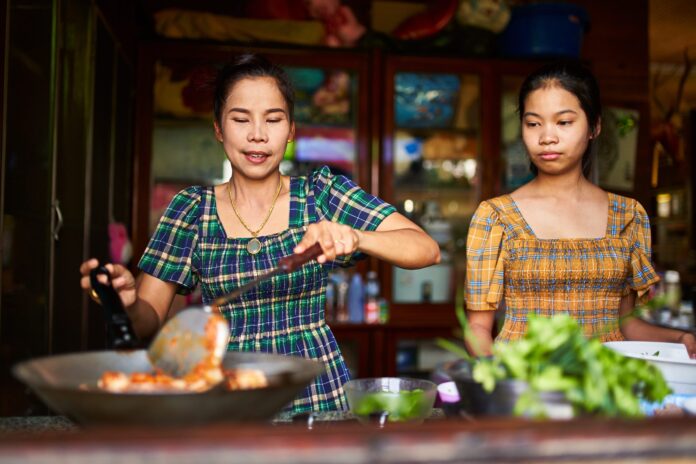 Indian women are successful in a variety of areas. They are shining in every industry, from food to fashion to information technology and aviation. They have huge aspirations and are proud of how they express themselves — as mothers, artists, or CEOs!

Few people are aware of the women empowerment that is occurring in India. While women were making strides in sectors like education, healthcare, and research, there were few successful women entrepreneurs in India until recently.

Caring for others and doing domestic duties are just a few of their obligations. However, cultural constraints that define people solely through tasks impede them.

The TVC tells the narrative of a potential marriage arrangement in which the ‘independent guy,’ assuming that the wife has to cook and clean, seeks to wow the woman by offering to ‘assist her in the kitchen. The female offers to ‘assist him with the dishes right away, gently urging him to be more self-sufficient in-home tasks as well, as she may be late from work.

The campaign theme of ‘Nazariya Badlo, Dekho Bartano Se Aage’ is driven home by the boy’s initial astonishment and ultimate shift of viewpoint. The young lady in the advertisement is not only “more than her tasks,” but also a change agent who works for fair partnership.

Prabha Narasimhan, Executive Director & VP – Home Care, South Asia, commented on the campaign’s premiere as they are motivated by the successful women in with us who excel in all they do, including being mothers and decision-makers.

There is so much more they can and will be if we free them from these cultural stereotypes and the stress they inflict. That is exactly what the brand intends to do with ‘Nazariya Badlo, Dekho Bartano Se Aage’. Lowe Lintas took the initiative for the advertising.

Certain characteristics can assist Indian women in achieving success in their professional careers. The top six factors that can lead to women’s success include qualification, confidence, intelligence, hard work, a never-say-die attitude, and bravery. Women in India are no different from women around the world.