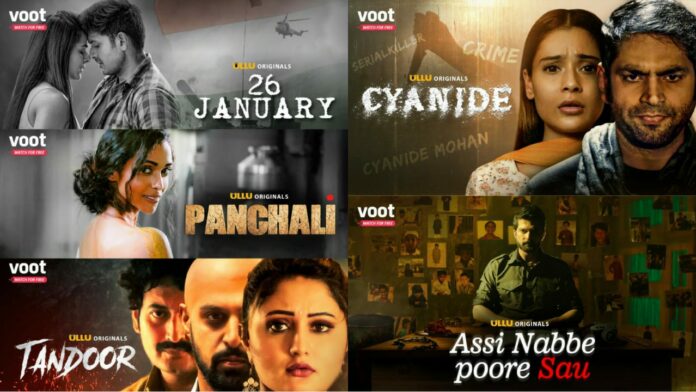 Ullu too is one among the VOD and OTT streaming platforms in India, which is primarily known for adult content that is now foraying into family shows.

Through this partnership, over 100+ shows from Ullu will be streamed for free on Voot, such as Tandoor, Panchali, Cyanide, Paper, Tadap, Pratiksha, and more.

Voot will have access to such original shows from Ullu in the thriller, crime, horror, and comedy genres in many languages as part of the three-year digital exclusive contract.

These shows will be available in numerous vernacular languages in addition to English, including Tamil, Telugu, Kannada, Malayalam, and Bhojpuri.

The users of the platform will be able to stream these contents from January 14, 2022.

“As a mass entertainment platform, Voot has continuously been ahead of the game in offering viewers with an entertaining and engaging content experience,” said Viacom18 Digital Ventures’ head of AVOD Chanpreet Arora (Voot)

The collaboration with Ullu will help them to expand their content library and fulfill their audience’s ever-increasing expectations.

She further added that the partnership offers them access to high-quality content across genres and languages, and it cements Voot’s position as a leader in the AVOD ecosystem.

Such content collaboration in the OTT industry has been surfacing since ZEE5 and ALT Balaji announced their partnership.

Where they co-created original content that was exclusive to their platforms back in 2019.

And recently, Amazon Prime Video announced Prime Video channels, which house a variety of subscription-based services within their app.

CEO and Founder of Ullu, Vibhu Agarwal stated, “It has always been our intent to make our content widely accessible and available.”

Most of their Ullu Originals feature a binge component, which matches Voot’s binge-watching patterns.

He also remarked that they are confident that Voot viewers will benefit from this partnership since it will provide them with new and exciting content.