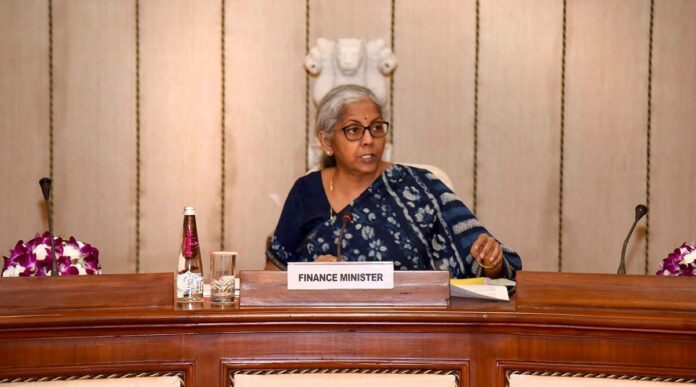 According to a government person familiar with the situation, the cabinet has approved the construction of a bad bank, which will be another instrument for resolving the bad debt that has plagued banks and stifled the flow of credit into the economy. Soon, there will be an announcement.

FM Nirmala Sitharaman announced a bad bank in the FY22 budget, which will include an asset reconstruction company (ARC) and an asset management company (AMC) to consolidate and take over banks’ stressed debt. To help the bad bank, the government will give guarantees. The guarantee sum was initially set at a maximum of 31,000 crores. It could be set lower since banks have forecasted an improvement in the economy, and full government guarantees may not be required.

“By March 2022, NPAs are likely to climb to 8.5-9 percent, owing to slippages in retail, micro, small, and medium enterprise (MSME) accounts, as well as some restructured assets,” according to the report.

The Indian Banks’ Association (IBA) has previously applied to the Reserve Bank of India (RBI) to establish a bad bank to be known as National Asset Reconstruction Co. Ltd. (NARCL). With a 12 percent stake, state-owned Canara Bank will be the principal sponsor of NARCL. Public sector banks will own 51 percent of NARCL, which was registered with the Registrar of Companies in Mumbai (RoC).

Banks have selected 22 problematic loan accounts totaling roughly Rs. 89,000 crore will be transferred to NARCL in the first phase. Only stressed assets of 500 crores or more will be considered for settlement. This condition applies to around 3 lakh crore in bad loans. NARCL will purchase assets under the suggested methodology. The India Debt Management Co. Ltd (IDMCL), a dual-structure asset management business, will handle them and raise institutional money through alternative investment vehicles.

The NARCL will be led by the State Bank of India’s Padmakumar Nair, with IBA chief executive Sunil Mehta serving as non-executive chairman.

NARCL will purchase nonperforming assets (NPAs) at net book value, paying 15% in cash and the rest 85% in security receipts (SRs). Banks will be paid depending on their SR interest in the asset when the NPA is resolved.

The government has stated that these receipts will be guaranteed, which is likely to boost the sale and resolution of NPAs.