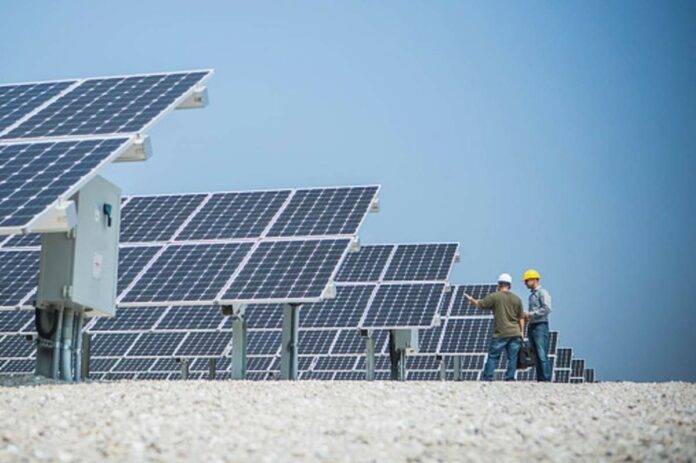 Acme Solar Holdings Ltd is looking to set up an integrated 7 gigawatt (GW) renewable energy and green ammonia production facility in Tamil Nadu at an investment of about $6 billion, two people aware of the development said.Acme Solar, which is the last Indian promoter-owned large green energy platform with 8.5 GW of operational and under-development projects, is in preliminary talks for a partnership for the mega project.

“The talks for integrated plants are at a very preliminary stage,” said one of the two people, seeking anonymity.Green hydrogen is produced by splitting water into hydrogen and oxygen using electrolyzers. The electrolysis itself is powered by energy from renewable resources such as wind and solar.

With the government promoting the new-age, emission-free fuel, Indian firms such as Reliance Industries, Adani Group, and Greenko Group have shown significant interest in the spaceLast month, Greenko Group and Belgium’s John Cockerill announced their joint venture to set up a 2 GW electrolyzer factory in India.  Large green energy deals are in the works following India’s energy transition plan that involves a significant decarbonization play.

Founded in 2003 by Manoj Kumar Upadhyay, Acme Solar announced its plans to produce green hydrogen in India and Europe with Lhyfe Labs SAS of France. Acme Solar made Equinor-promoted Scatec ASA an equal partner in its green ammonia project in Oman.

Queries emailed to an Acme Solar spokesperson on Friday evening remained unanswered till press time.At the COP26 summit in Glasgow in November 2021, Prime Minister Narendra Modi pledged to cut India’s carbon emission by one billion tonnes by 2030, reduce carbon intensity of the nation’s economy by less than 45% by the end of the decade and achieve net-zero carbon emissions by 2070.As part of its green hydrogen playbook, India is encouraging green hydrogen exports to Japan, South Korea, and Europe.