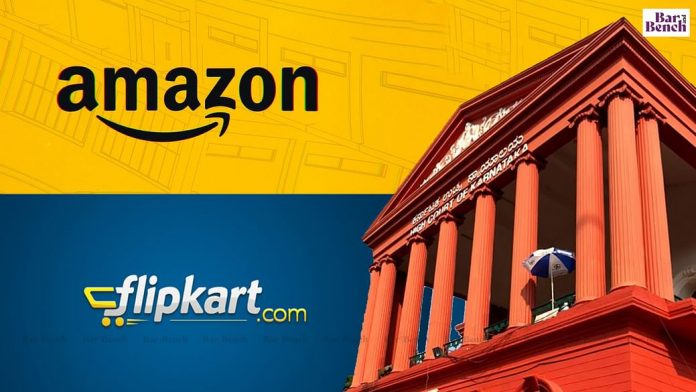 Refusing to hear the two e-commerce businesses’ appeals, the Supreme Court stated that large corporations like them should voluntarily come forward for such investigations. “When a warning is required, there is a lapse of judgment. We expect major corporations like Amazon/Flipkart to voluntarily cooperate with probes, and you don’t want that? “You must cooperate, and the examination must be allowed to continue,” said a bench led by Chief Justice NV Ramana. The court allowed both businesses four weeks to submit their representations before the CCI. In a later statement, an Amazon spokesman stated that the business “has a high standard of compliance and we continue to comply with Indian regulations.” We will work collaboratively with the CCI.” On July 23, a division bench of the Karnataka High Court refused to intervene in the CCI’s interim investigation into the two firms’ allegations of market manipulation, heavy discounting, and monopolistic practices preferred seller listing, and exclusive partnerships.

The HC ruled that the CCI inquiry could not be dropped from the start, and defined both businesses’ practices as “an endeavour to guarantee that the examination does not draw a resolution. Following a request from the DVM (Delhi Vyapar Mahasangh), the CCI directed its director-general in January 2020 to investigate Amazon and Walmart-controlled Flipkart, stating that “…It must be evaluated if the Ops’ (opposite parties Flipkart and Amazon) asserted exclusive agreements, extreme pricing, and preferential listing are being employed as an exclusionary measure to combat competition.”

Amazon has previously stated that the CCI decision was made without “prima facie application of mind,” and that its conclusions were “perverse, capricious, and legally untenable.” It then filed a writ case in the Karnataka High Court, requesting that the inquiry be stayed. The court stayed the CCI investigation in February 2020 on the grounds that the Enforcement Directorate (ED) had already launched an investigation into the two firms’ operational activities, which were alleged to be in violation of the FDI (foreign direct investment) policy in e-commerce. In September 2020, the CCI lodged an appeal in the Supreme Court against the Karnataka High Court’s short stay order, prompting a preliminary hearing and a judgement against the e-commerce firms.

Author - December 1, 2021
0
The saving proportion ought to be targeted to fulfill their needs, desires, and needs not just for the current circumstance except for...