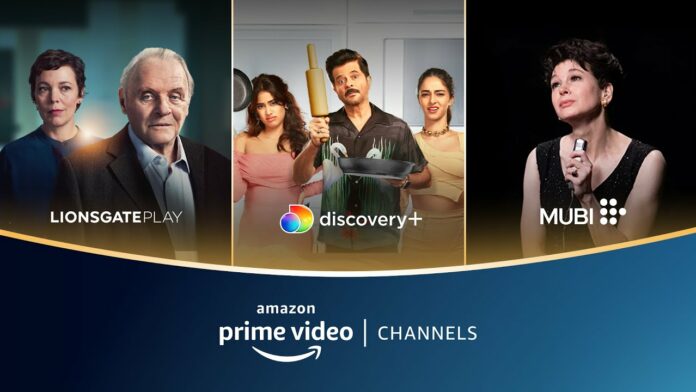 Amazon announced the launch of Prime Video Channels in India. It is a kind of marketplace through which other video-on-demand streaming platforms can give out their content and bill customers. Seems like it is a value-added service within the prime video app.

Head Prime Video Channels, Amazon Prime Video, Chaitanya Divan, says “ We have been closely working with other platforms to have their content available,”

However, the subscribers, have to subscribe to the partnering OTT platform at a special price to access the content. According to Divan, we are living in the golden age of content globally, “ Now anyone can watch whatever movie they like or a show from anywhere in the world. As it is available across different services. The problem arises when you want to watch something, you run into some challenges,”

Explaining that, he said, “ Suppose you want to watch a certain movie, you will have to move from one app to another to find out where this movie is available. Then you have to register, pay, and subscribe to acquire the content.

After you have done all that, you might find out that this service is not available on your other devices SmartTV, Tab, Google Home, etc. Also, you have to keep in mind the password. Amazon Prime Video Channels is an offer that makes entertainment stress-free,” adds Divan.

From the observation, it is concluded that this service helps Prime Video increase the average time spent per user on the platform.

Divan says Amazon is targeting all Prime Video users across pin-codes with its new service.