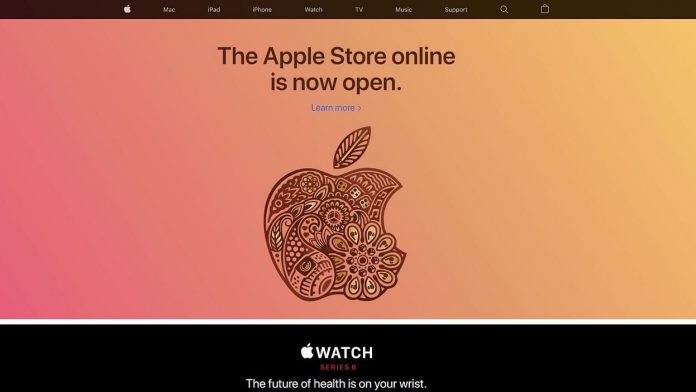 Apple opened their Store online in India on 23 September 2020. The shop delivers a wide range of goods to the tech giant and extends assistance directly to consumers around the world for the first time. It will provide consumers with the same quality service as Apple stores around the world, provided by online team members who are willing to share their expertise. Students can buy Mac or iPad at special rates and earn discounts on accessories and AppleCare+. Before that, Apple’s knowledge was limited to registered resellers and Amazon storefronts.

On Apple India’s official site, Deirdre O’Brien, Senior Vice President, said, “They are excited to be expanding in India and they want to do whatever they can to help the consumers and their communities. Apple faces a twin challenge – How do they increase the number of users to its platform while maintaining its super-premium prices has sought to balance these problems through several programs, such as cheaper devices, consumer finance strategies, and an effort to advocate for a renovated handset market. This part of the plan is starting to look questionable for a variety of reasons. It could be tempted to make deep discounts during the forthcoming festive season, but this may further dilute its premium positioning.

The latest models of iPhones are not so much better than the previous versions that it drives a must-upgrade behavior. It must recognize that the difficult economic conditions will add headwind to its upgrade strategy.

To open a flagship store in India right now, after all this time, it’s too late. It may be that India could have been considered as a low-value market relative to China – there are several such stores there.

If Apple doesn’t learn to innovate again, it doesn’t work with consumers. Market morale is already strong, but it would have been worse if they hadn’t begun now. It’s a good time to launch, as better brands are available at better prices. Some Apple users may feel frustrated that they might be buying a product because of their initial enthusiasm.

In India, Apple holds a very limited market share, and more than the supermarket, they’re going to concentrate on making in India. India is primarily a market for Android, but the operating system has its drawbacks. The software does not function as well in the Android system as it does in the Apple system because there are so many differences in the Android system from various handset manufacturers. The good news about running an online shop may be the availability of personalized devices even though you need to understand that it was a huge deal back in time.

Priyanka Rajan Chirayath - May 12, 2021
0
In this time of crisis, the International Advertising Association (IAA) -India Chapter has urged the industry to take a deep breath through...