AI today is a buzzword that seems to trend virally as of now. Merely by imitating the human brain like – intelligence it has been contributing to digital transformation and acts as the new competitive differentiator. Today, AI is being comprehended with areas such a verbal command, distinguish pictures, analyses of raw data and also advanced enough to identify anomalies to prevent fraud and more. Tech giants such as Google, Facebook, IBM are currently working to fuel this innovation and also encourage the same via the provision of Opensource AI platforms. As the application of AI continues to become more and more diverse and sophisticated it will also be entering new industry domains in the upcoming years. NASA scientist has predicted that AI will be at the forefront of space travel as well as innovation in the coming future.

IBM had announced KubeSat and Space Situational Awareness in October of this year.

AI is now helping propel the field of space technologies. For example, in March 2019 astronomers at The University of Texas at Austin had teamed up with Google to use AI to uncover two more hidden planets that are in the Kepler space telescope archive (known as the Kepler’s extended mission known more popularly as K2). The teamed-up duo used an AI algorithm that enabled them to sift through the Kepler’s data to able to ferret out signals that were initially missed by traditional planet-hunting methods. This also helped them discover the planets such as K2-293b orbit that lies around a star that lies 1,300 light-years away in that constellation. Planet K2-294b and Aquarius revolving around a star 1,230 light-years away were also located in Aquarius.

ESA (European Space Agency) plans to leverage AI to reduce the mission costs, and also extending battery life and even analyse the huge amount of data produced while imaging by the satellites. NASA’s free-flying robotic system called Astrobee is using AI to aid astronauts to reduce their time for on routine duties, leaving them to lay more focus on the things that only humans can do.

Overall we are still far but making huge progress at a tremendous pace in the fields to Augmented Space Innovation all thanks to like of Tech giants such as IBM. 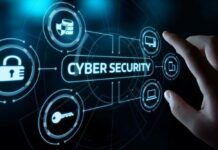