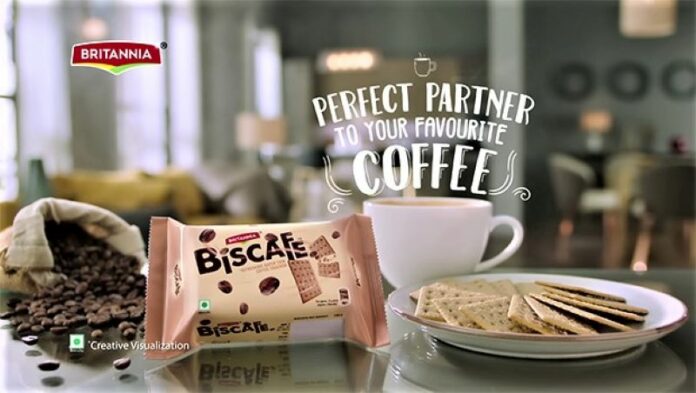 Britannia solved the #CoffeeKaBetterHalf dilemma that was causing widespread paranoia and far anticipation amongst netizens last week. The Foods Major did this by launching the all-new Britannia Biscafe, a coffee-flavored cracker that elevates your coffee drinking experience.

Infused with the flavour of rich coffee, this super thin, light & crunchy biscuit offers coffee lovers the proper companion to their cuppa. Prefer to have it as a stand-alone shot of crunchy coffee, that’s fine too.

Britannia started out the campaign with a ‘leaked video’ of Karan Johar. It no mystery that Karan Johar aka KJo is one in all the foremost quirky, fashionable directors that incorporates a strong affinity for Coffee. The video showed Karan losing his cool, as he was denied his favorite cup of coffee…why? Well, because coffee had gone on strike! The video became viral, and discussion arose as to what may have caused it!

“Britannia has continually worked to deliver the foremost tasty and satiating snacking alternatives to over a billion Indians,” said Amit Doshi, Chief Marketing Officer, Britannia Industries, in response to the debut of Biscafe. Keen listening in on social media food conversations pointed to a chance area. Coffee didn’t have the proper accompaniment, which was the inspiration for Biscafe. We developed Biscafe because the first ‘Made in India’ coffee cracker to function a snack accompaniment to a hot cup of coffee, thereby elevating the coffee experience.”

“Coffee completes our everyday life – our morning breakfast, our dates, our business meetings – but who completes Coffee?” stated Aayush Vyas, Vice-President, Integrated Solutions at Schbang Digital Solutions, speaking at the launch of the digital campaign. That’s where Britannia Biscafe comes in. For this one-of-a-kind product, we needed to create an equally one-of-a-kind story that personified coffee and its “feelings”!

After you’ve thought about coffee, there’s only one person who comes to mind – Karan Johar! And that’s how everything fell into place so naturally, and we discovered our #CoffeeKaBetterHalf — BisCafe!”

“This was a chance to try and do something extremely different inside the biscuit category as Biscafe is also a first-of-its-kind within the category,” Sagar Kapoor, Chief Creative Officer, Lowe Lintas, said of the new TVC. To bring out the merchandise attributes interestingly, we came up with the thought of making a holistic communication approach starting with using Karan Johar thanks to his strong association with coffee and a visible device of dominos to feature some freshness. For Britannia, a brand that has dominated tea and biscuit time, this can create a brand new consumption occasion, with coffee!”

Starting at Rs 10, the all-new BisCafe packs are already available across metro markets across all the quality price points in various pack sizes.