Canon power shot PICKs, powered by AI features have gone for sale through the crowdfunding site Makuake. Canon has a history of Power shoot zoom with the version of Kickstarter. When it became a success in the country Cannon released it in the United States. Canon has been using the same strategy about the launch of PowerShot PICKS. Campaign for the camera is getting very popular, and the camera users are impressed by the features and impatiently waiting for the PowerShot PICK.

The name PICK comes due to the ability of the camera that can automatically capture our moments. Canon PowerShot PICK camera has the features of surveying a scene, face detecting, tracking, and capturing a photo. It is to be noted, that the camera can recognize the ideal moment and then click for Photo. The actual moments such as the smile of a group or individual. Canon states that PowerShot PICK will be capturing natural and emotional facial expressions as a member of your family.

The main features of PICK carry due to AI technology, which is programmed to search for a subject identifying the human face and understanding the emotional expressions, and then take the photo in the correct moment. In this way, the PICK works out. If an increased number of people in the frame comes the camera will automatically recognize them and adjust the angle of view accordingly. It has the capability of accepting voice commands, also it can be controlled by smartphone apps.

PICKs technical features include that the camera packs a 12-megapixel CMOS sensor with 1/2.3-inch and Digic 7 processor. The PICK records videos in 1080p at up to 60fps. It has a micro sd slot and has a USB-C connection for charging. It has both WiFi and Bluetooth connectivity. The PowerShot AI sets with 170 degrees of pan and 110 degrees of tilt. It has the capacity of 360 degrees of view with a 19-57mm lens that has a full-frame focal range. The company has dedicated 2090 camera units, for the crowdfunding campaigning. Canon PowerShot PICK is priced at around 42900 yen. Canon PICK will be reached to the customers by the end of July 2021. 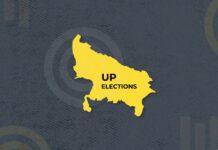 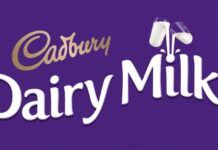