The third chapter of its #BerokZindagi campaign, featuring Bollywood actor Ayushmann Khurrana, has been launched by the homegrown pharmaceutical company Cipla. The campaign is intended to dispel asthma misconceptions and fears. India has 37.9 million cases of asthma, according to the company. Despite the number of inhalers, the use of which is the most effective medication is abysmally poor.

Dr. Vikas Gupta, head of business prescription in India at Cipla, says that they intend to normalize the use of inhalers in public with # BerokZindagi, the awareness campaign. Last year, #BerokZindagi showed a huge effect on both awareness and acceptance of inhalers, the company claims. “Inhaler awareness levels rose by 10 percent, and inhaler consideration saw a 5 percent increase,” says Gupta.

The company has partnered with Khurrana this year to highlight, through a digital video, “asthma ke liye, inhalers hain sahi” (inhalers are right for asthma). Talking about the association with the star, Gupta says that Ayushmann, as the campaign’s lead anchor, would help drive much-needed asthma awareness and counter inhaler-related myths. Through his movies, he has shed light on many social stigmas, and we hope even to resolve the social stigma associated with asthma and inhalers.

Cipla aims to “define inhalers as the best treatment for asthma, increase inhaler use by breaking the myths and encourage social acceptance for inhalers by addressing social stigma through education,” says Gupta, by the end of the third phase of the campaign.

My own experience of living with asthma has been the basis for much of what Ayushmann says in this film, which was written to communicate with asthmatics like myself on a profoundly personal level, “added Sahil Shah, senior creative strategist, Schbang.”

The goal is not to ‘school’ asthmatics but to consider with sensitivity and consideration the difficulties we face at both a health-related and social level.

To cover more geographies and reach deeper into markets, the campaign will run on social media, different OTT channels, and radio. The campaign was conceptualized and created by Schbang Digital, and the film was made. The brand’s media agency is PHD Media (Omnicom Group). 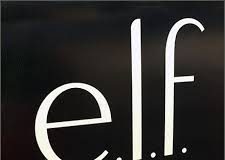 Devanshi Shah - May 11, 2021
0
E.l.f. Cosmetics is an American cosmetics brand based in Oakland, California. Recently E.l.f. Cosmetics launched a branded Twitch channel on 9...