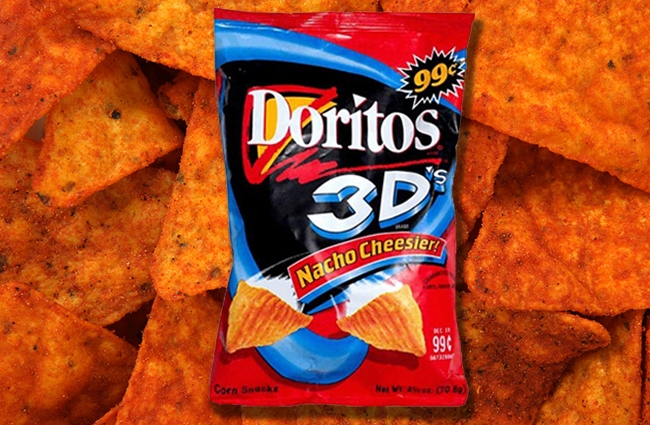 Doritos began its life from a huge sack of corn kernels to its first flavor of toasted corn with a flattened look of cool triangles that mesmerizes the customers in its every crunch. The flat-edged snack is to shoot out its new class by bringing back the corn shaped version of Doritos into the market. Keeping the 2000’s super bowl ad in mind, the PepsiCo Frito-Lays snack unit seeks to join hands with Landry on a social media challenge to advertise the new version of tortilla chips known as the Doritos 3D Crunch.

The idea of launching the 3D Doritos to a whole new generation is knocking on the door for all the TikTok users. Through the brand’s original “Laundromat” commercial, people are asked to create videos of their creative and boldest moves of catching Doritos 3D chips with their mouths and to post them on social video app TikTok with the hashtag #Doritos3DChallenge. Doritos put faith in the fact that there is boldness in everyone. Their customers are champions who are true to themselves, who live life fully engaged, and take bold action by stepping outside of their comfort zone and breaking up their limits.

The Doritos campaigns seem to be more effective as they focus on contacting the worldwide customers through social media as they felt that most of the young generations are more likely to spend most of the time on the social platforms. By calling out the TikTok users to take part in the challenge, their main purpose is not only to engage younger consumers who tend to favor snack foods but also to broaden the reach of its campaign as many of the videos to get shared from one person to another.

Frito-Lay has been a strong performer for PepsiCo, one among most of the food brands that have revived past marketing campaigns have tried to connect with consumers, as they are assumed to have most of their meals at home during the pandemic, and have tended to seek out familiar brands that are a source of comfort.

The new three-dimensional shaped snack, by offering more bold and spicy flavor to the households across the country as Frito-Lay’s latest focus is on the hot-and-spicy food category which is one of the fastest-growing segments in the food industry. They have even put effort to take back many of the consumers to their younger ages and also make them feel how they enjoyed it, while they have a munch on their 3D chips.