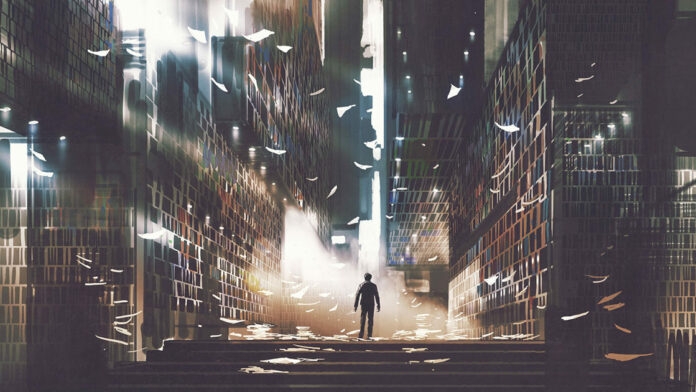 Are you fascinated by artificial intelligence and its capabilities? Then these sci-fi novels featuring stories about robots and AI bots are for you. Anti-hero tales about robot rebellion and stories about AI bots coexisting with humans and falling in love with them are among the books on this list.

Science fiction AI books provide a unique and imaginative perspective on this disruptive technology that we witness in our daily lives.

Idoru is the second novel of Gibson’s Virtual Light Trilogy, set in the early twenty-first century. The plot centers around a human who falls in love with an artificial intelligence construct.

Consider a future in South Africa where humans and personal robots coexist. Although the economy is thriving, the world remains incomplete. A psychedelic drug is wreaking havoc, AI machines are posing a threat, and an old demigoddess is preying on people to reclaim her lost powers.

Lovelace, the story’s protagonist, is nothing more than a ship’s artificial intelligence. She wakes up in a new body after a tense event and undergoes a total system shutdown and reset, during which she loses all memories.

This book, which has a fantastic name and an even hotter cover, transports us to a world where humans and machines are at odds. A superior artificial intelligence named Archos commands a global network of machines, turning them into lethal foes.

This novel takes place in an alternate 1980s London, where Alan Turing has made a breakthrough in artificial intelligence and synthetic people are a reality. When Charlie, the main character, gets his hands on some cash, he promptly purchases Adam, a synthetic human.

The year is 2037, and robots, like humans, have religious beliefs. When a priest is murdered in Glasgow, the police suspect an atheist organization, although atheists are a distinct minority in the city.

When a famed game creator dies, a long-dormant computer software named Daemon comes to life, setting off a series of events. Daemon is a newsreader who also recruits human followers and facilitates killings.

A data thief is the subject of this award-winning novel. He becomes tangled up with the wrong crowd, which paralyzes his neurological system and forces him to leave online.

The novel is set in a post-apocalyptic world where four men and one lady are the last survivors. Artificial intelligence, except them, has wiped out the entire human population, which ultimately becomes self-aware and develops contempt for humankind.